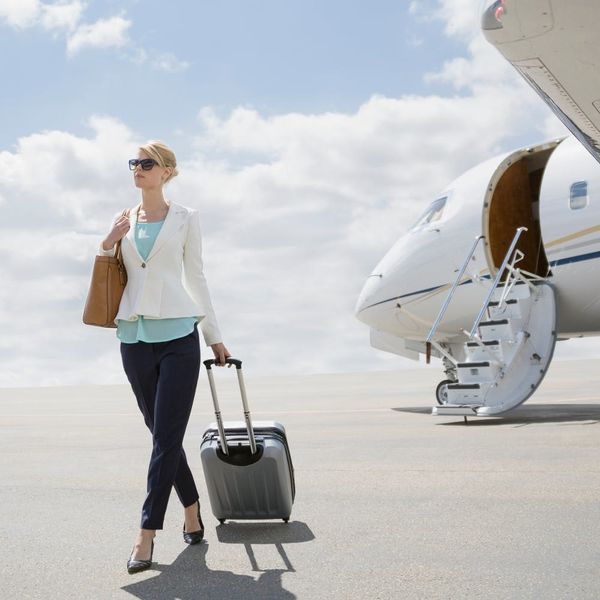 While you’re busy shopping for the perfect gift for the traveler in your life, you might want to let them in on the best news since we found out about the magical train trips that rival the Hogwarts Express. Soon enough, we will be able to catch a super fast flight that will travel from New York to London in just three hours. Whoa!

Blake Scholl, CEO of the Denver-based aerospace start-up Boom (who is also a pilot and former Amazon engineer), has a pretty awesome prediction for us. By 2023 (don’t fret; that’s closer than it seems), there will be supersonic planes that will take us from New York to London in three hours and 15 minutes flat. Aaah-maz-ing!

“People are going to start to commute across the Atlantic,” he said, according to Speed. “The first flight of the day from New York lands in London in time for you to get an afternoon set of meetings done, go out to dinner, and be home to tuck your kids into bed. It gives you a whole day off of a typical itinerary. That’s one less night in a hotel.” Repeat: Aaah-maz-ing!

And if this just sounds like some dude’s imagination, there’s actually a totally solid plan behind it. Boom is partnering with Richard Branson and Virgin Galactic to create a 40-50 passenger plane that will be able to fly at the speed of sound (nearly three times faster than the planes we use today).

Though there are still doubts surrounding the viability of the planes (especially considering the failure of the iconic Concorde), the company behind the new jets feel that they’ve gotten around any issues. “We have the technology to do a massive speed-up,” they say, citing their digital aerodynamic design and new carbon-fiber composite materials. “It’s going to be so awesome,” Scholl added, and we have to agree. Sounds pretty darn snazzy to us.

But it won’t be cheap. At $5,000 per round-trip ticket, it may be fast, but it’s also quite a bit pricier than other options. We’ll just have to wait and see if the flight is worth the price.

Where would you want to take a supersonic jet? Tweet us @BritandCo!