5 Races That Could Decide the Future of Women’s Rights 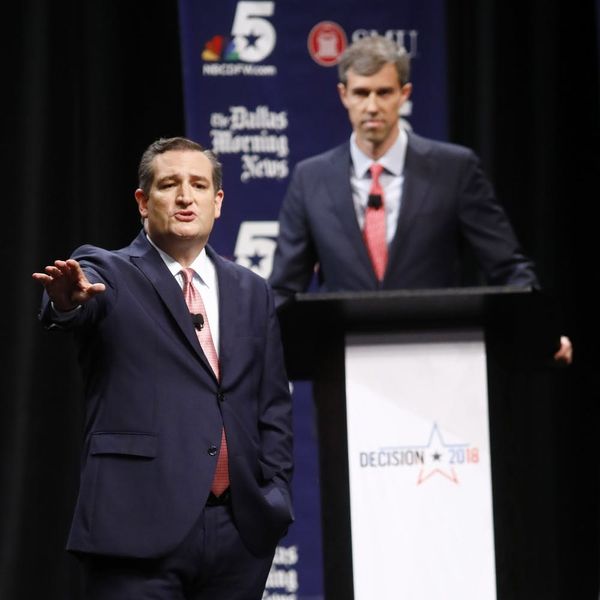 For so many Americans, the stakes in this November’s midterm elections frankly couldn’t be higher. And this is especially true for American women, who comprise the majority of registered voters.

Hopefully, for voters who weren’t able to recognize the stakes of the 2016 election, events of the past two years have shown them the critical, arguably even life-or-death nature of voting.

In the past two years, women have watched Congress repeatedly try to repeal the Affordable Care Act and pass health bills that would potentially allow pregnancy and sexual assault to be treated by insurers as pre-existing conditions. We’ve watched state governors and legislatures work to defund Planned Parenthood and enact dangerous legislation to restrict abortion and reproductive rights. We’ve watched the Trump administration propose global and domestic gag rules on women’s health providers, and fulfill a campaign promise of nominating judges with anti-choice records to the Supreme Court and courts across the country.

It’s no coincidence that in recent years, US maternal death rates — which are the highest in the industrialized world — have been on the rise, concentrated in regions where laws have made reproductive health care virtually inaccessible. And if the conflict at the Supreme Court and revelations of #MeToo have shown us anything, it’s that women’s rights in this country are at a crossroads. This November, the outcomes of some key races across the country could dramatically impact the lives and futures of American women.

President Trump and his anti-women record and platform may not explicitly be on the ballot this November. But through electing state legislators, governors, and Congress members who will stand up for women’s rights, we can counteract some of the most dangerous aspects of his agenda, and pave the way forward for women across the country to live safe, healthy, and equitable lives. Here are the races to watch for:

In a once long-shot race to represent Texas in the US Senate, El Paso Congressman Beto O’Rourke is now polling within the margin of error against incumbent Sen. Ted Cruz, and even leading Cruz by two points in one September poll. Pollsters have recently shifted the race from “likely Republican,” to “leans Republican,” to “toss-up.”

Both candidates are notably men, but this race is particularly significant for women’s rights, among other key issues such as immigration, health care, and criminal justice, because of how deeply O’Rourke and Cruz differ in their positions. Where Cruz has been recognized by progressive group American Bridge as one of the 15 worst members of Congress for women’s rights, O’Rourke’s platform includes a section dedicated to women’s health, where he pledges to protect and expand access to abortion, birth control and emergency contraception, and maternal care, and to address Texas’ highest-in-the nation maternal death rates.

Cruz’s record includes leading the charge against the Affordable Care Act and its guidelines and protections that specifically helped women, vigorously opposing Planned Parenthood and abortion rights, and voting to confirm Trump’s anti-choice judicial nominees. If O’Rourke is able to flip Cruz’s seat blue, he would be a reliable, much-needed pro-choice vote that could save women’s health and lives.

Speaking of polar opposite candidates, Democrat Stacey Abrams is running a competitive race against Trump-endorsed Brian Kemp, a Republican notorious for running a campaign ad in which he appears to threaten his daughter’s prom date with a firearm. If elected, Abrams would be America’s first Black woman governor. According to Real Clear Politics, the race is neck-and-neck as of the beginning of September.

Compared to the rest of the US, where 90 percent of counties across the country lack an abortion provider, in Georgia, 96 percent of counties lack a provider. And where Kemp has said he’s running to be a “pro-life governor” and praised Mississippi’s 15-week abortion ban earlier this year, in Georgia’s legislature, Abrams worked to fight a 20-week abortion ban and has pledged to protect and expand reproductive rights and health care access as governor.

Abrams has also drawn wide attention for her campaign’s commitment to deep, intersectional organizing, and her focus on the interconnected nature of issues like civil rights, women’s rights, LGBTQ+ rights, gun violence, and poverty.

In addition to her commitment to key issues that disproportionately affect women’s health, opportunities, and living standards, Abrams’ campaign could also shatter a crucial glass ceiling for women of color across the country.

In another competitive, high-stakes gubernatorial race, Democrat Fred Hubbell is running to unseat Republican incumbent Gov. Kim Reynolds. If Reynolds’ name sounds familiar, you likely heard about her earlier this year when she signed into law the most extreme anti-abortion law in the country, known as the fetal heartbeat law. If it hadn’t been put on hold in court, the law would have banned abortion in the state at about six weeks — before most women even know they’re pregnant.

Reynolds’ record on women’s rights has consequences that reach far beyond Iowa. For example, in signing the fetal heartbeat bill, Reynolds set a precedent for other governors to sign radical anti-abortion laws. In recent years, more than a quarter of all restrictions on abortion enacted since Roe v. Wade were passed between 2011 and 2016, and nearly all on the state-level. This wave of mounting threats to women’s reproductive rights across the country is not only enabled but ultimately led by anti-choice governors like Reynolds.

Average polling by Real Clear Politics shows the race is close, but polling from September shows Hubbell up five points.

In California’s 45th district, Elizabeth Warren-protege and consumer protection attorney Katie Porter is running as the Democratic nominee to unseat Republican incumbent Mimi Walters. In a huge year for women candidates, Porter and Walters, both women, differ vastly on the issues — especially where women’s rights are concerned — and polling in the district, which has voted for Republican representatives since its nascence in 1983, indicate a nail-biter that could decide which party takes the House.

Walters, who has voted in line with President Trump 98.9 percent of the time, was a leader in launching a 2015, multi-million dollar investigation of Planned Parenthood meant to stigmatize and discredit the organization. In contrast, Porter’s platform includes protecting funding for Planned Parenthood and access to birth control and abortion, and fighting for a Medicare-for-All system.

Porter has also been vocal about her personal experiences with domestic violence, a prevalent issue among US women. If elected, Porter has spoken about aiming to destigmatize survivors’ experiences and advocate for their rights. In addition to gaining a crucial vote for women’s health, Porter’s victory in this race could also amount to some much-needed representation of survivors as well as working mothers of young children in government.

Across the country in states like North Dakota, Florida, and Tennessee, crucial US Senate races are being recognized as toss-ups. Key Senate powers such as confirming Supreme Court nominees, making crucial decisions about the budget, and passing meaningful federal legislation are at stake, and as we’re seeing with the contentious confirmation process of Brett Kavanaugh, who controls the Senate is pivotal to women’s rights and dignity in this country.

In Nevada, Democratic Congress member Jacky Rosen is running a competitive toss-up race against Republican incumbent Dean Heller, who has dismissed an allegation of attempted rape against Kavanaugh as a “hiccup” in the confirmation process, and consistently voted to ban any public funding for abortion care.

In addition to her platform of protecting and expanding women’s health care and endorsements from NARAL Pro-Choice America, Planned Parenthood, and EMILY’s List, Rosen also lists addressing the gender wage gap for American women on her platform. In the Senate, Rosen would be a vote to protect funding for Planned Parenthood, reject Supreme Court nominees with anti-women records, and, in direct contrast with Heller’s harmful record on equal pay and the minimum wage, fight for economic equity and opportunity for women.

Among the many competitive races for US Senate, Rosen’s chances of winning and her dramatic contrasts with Heller on key women’s rights issues make this a crucial race for American women to watch.