A Shocking Number of American Women Are Dying from Childbirth 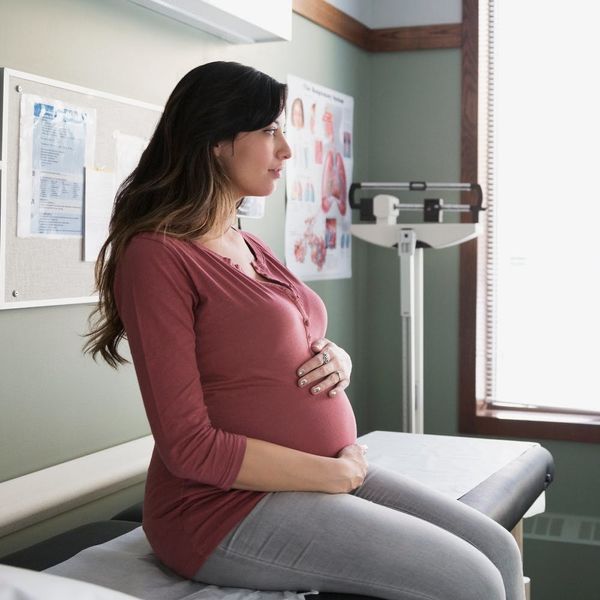 Though pregnancy is very common, carrying and having a child can still be quite dangerous. Pregnancy and childbirth remain the leading cause of death for young women between 15 and 19 globally, but pregnant adult women in the US also face significant risks during childbirth.

Indeed, the US has the worst maternal death rate among all developed nations, at 26.4 deaths per 1000 live births, compared with 9.2 in the UK and 7.3 in Canada. In light of these harrowing statistics, ProPublica and NPR teamed up this week to share the stories of women who nearly died in childbirth, and their advice for other expectant mothers so they don’t experience similarly close calls.

In a separate May article about US maternal mortality, ProPublica and NPR reported that there are myriad factors that lead to these (mostly preventable) deaths: New moms now tend to be in their thirties, an older age group for new motherhood compared to past decades; doctors perform C-sections more frequently in the US compared to other countries; 50 percent of US pregnancies are unplanned, which means new moms don’t necessarily have the time to address chronic health conditions; the nature of our health care and health insurance systems makes it very challenging for many women (especially the uninsured and those who live in rural areas) to get the OB/GYN care they need; and doctors tend to pay more attention to newly born babies than to mom after she gives birth.

For the report released Thursday, ProPublica and NPR spoke with 3,100 women, all of whom had life-threatening complications during their pregnancy or birth, and published stories and insights from several of them. Reporters asked women to share experiences and relevant advice related to preventing maternal deaths that can be prevented (the report states that about 60 percent of US maternal deaths are preventable), information the moms wish they’d had before their complications got serious, and how to get doctors to listen.

And yes: Women are dying during or after childbirth in part because doctors sometimes dismiss major symptoms and don’t take patient concerns seriously all the time. ProPublica’s report included the story of Marie McCausland, a 27-year-old molecular virologist who returned to the hospital four days after she gave birth with symptoms of preeclampsia, a complication that causes high blood pressure in pregnant or recently pregnant women. Though she was very bloated and had chest pains and an increased blood pressure, McCausland’s doctor wanted to send her home. After she insisted something was wrong and several hours went by, her doctor consulted with another OB/GYN and McCausland was given the life-saving medication she needed.

Several women who talked to reporters for the story mentioned being firm and insisting to doctors that you want to be an active partner in your own care, and asking people you may know who work in the healthcare industry for advice on how to talk to doctors and nurses, etc.

Other stories ProPublica reported are just as terrifying. Asked to give advice on how to pick an OB/GYN, 35-year-old Kristen Terlizzi, who survived placenta accreta (which ProPublica describes as “a disorder in which the placenta grows into or through the uterine wall”) in 2014 says that women should check out the mortality rates at the hospital they intend to use. “‘Liking’ your doctor as a person is nice, but not nearly as important as their and their facility’s culture and track record.” she said. That is, if you’re having a baby in the US, unfortunately it’s best practice to see how many moms have died at the place you plan to have your baby.

Advice like this could potentially save lives, but the fact that these tips are necessary at all is a pretty serious problem. Among developed countries, the US stands out as desperately far behind — and the maternal mortality rate is only getting worse here, while it improves across the rest of the developed world.

The myriad complex factors that have created such dangerous conditions for new moms, of course, mean that the problem is not an easy one to solve. Health care policy seems always to be on the verge of becoming worse for women, and the history of doctors out and out ignoring women’s health concerns runs deep. But a lower rate is clearly possible — every other nation similar to the US seems to be able to handle it just fine. Our country just needs to care more about women.

What do you think about the United States’ unusually high maternal mortality rate? Tell us on Twitter @BritandCo.

Elizabeth King
Elizabeth King is a politics, history, and culture writer based in the Twin Cities. She is generally pretty cranky but still enjoys traveling, music from the early 2000's, and plotting the resistance. Feel free to say hi on Twitter at @ekingc or check out some of her work at www.elizabethcking.com.
Pregnancy
Womens Health
Pregnancy Womens Health
More From Womens Health