OMG! 72 Amazing New Emoji Are on the Way 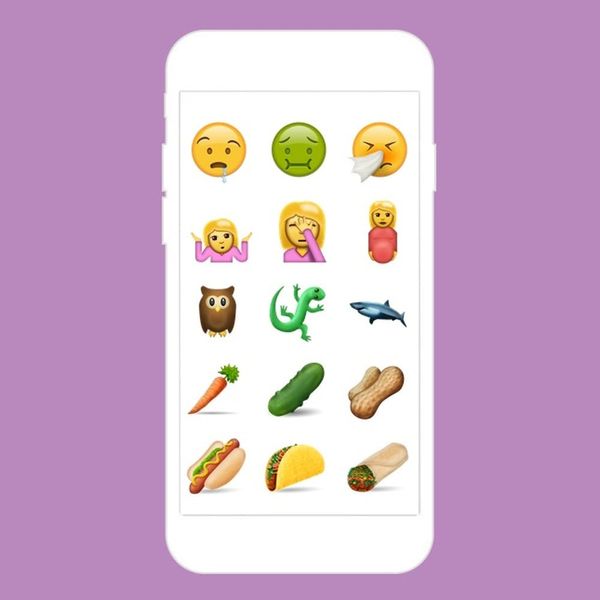 Emoji lovers were given a boost of excitement with the chatter of new pics that might better represent women, as well as pregnancy emoji, and we were rightfully full of texty glee when 79 new drool-worthy emoji contenders popped up for 2017. But it looks like we won’t have to wait until next year after all, as rumors are buzzing that 72 (!) new emoji may be released this month. Get your typing fingers ready, texters, because these new emoji will leave you drooling (or at least your emoji drooling).

The Unicode Consortium, the gods of emoji (or rather, the org that decides which teeny images will make the cut), have been listening to public feedback and opted for some seriously on-point pics. Among the newly approved options are Drooling Face, Rolling on the Floor Laughing and Sneezy Face. A tumbler of whiskey also made the list, along with SMH and a WTF shrug.

What new emoji do you absolutely need? Tweet us @BritandCo!

Desiree O
Desirée O is a ‘Professional Bohemian’ who loves anything and everything related to the arts, entertainment, and pop culture. She ADORES being a ‘Newsy’ for Brit + Co, covering all of the latest tidbits of awesomeness that you want to read about. When she’s not writing, she’s either making messy art, going on long adventurous walks with her camera, or poking around over at bohemianizm (http://www.bohemianizm.com/). You can find out about Desirée O and her work at http://DesireeO.com/ or follow her on Twitter @DesireeO.
Emoji
Entertainment
Emoji