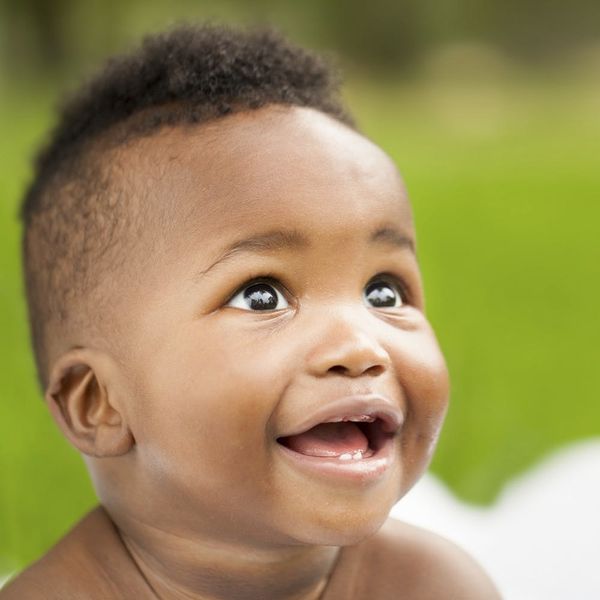 Virtue baby names go way back. The Pilgrims brought them to Plymouth Rock. A handful of classics, like Grace and Hope, have almost always ranked in the US Top 1000. But there’s a new kind of virtue name in vogue today: the modern virtue. These creative baby names are less specifically religious. True, there’s no shortage of names like Miracle and Messiah. But many of the modern virtue choices are word names that carry a great deal of meaning, but aren’t expressly about faith.

Instead, they’re about bravery, achievement, fairness and peace. It’s easy to imagine any parent hoping their child will embody these qualities. No surprise, then, that these names are very much in use in 2016.

Actor turned director and activist Nate Parker and wife Sarah DiSanto are the latest high-profile couple to choose a modern virtue name for their new arrival. Parker’s latest project is The Birth of a Nation, the story of the 1831 slave rebellion led by Nat Turner. The couple named their daughter Justice.

It’s time for a closer look at the modern virtue names that have become mainstream in recent years.

1. Justice: Nate Parker and Sarah DiSanto’s daughter fits two trends: Not only is her name a modern virtue, it’s also unisex. Justice ranked Number 452 for girls and 525 for boys last year. Ultimately from the Latin iustus, it expresses the idea of fairness — but also appropriate punishment or reward. Other names from the same root include Justus, Justin and Justine, but Justice is most clearly symbolic.

2. Ace: To ace something is to excel. It’s a winning serve in tennis; the highest playing card in many games; the most celebrated fighter pilot. Puritan parents might have named a child Humility, but modern parents have embraced Ace. Jessica Simpson gave the name to her son in 2013. It currently ranks Number 418 in the US.

3. Blaze: Blaise is saintly and traditional. Spelled Blaze, it’s fiery and brings to mind trailblazers, both the pioneers of an earlier age and the innovators of today. Both spellings are currently near all-time highs. The traditional Blaise ranked Number 805 last year, while the brightly burning Blaze came in at Number 706.

4. Chase: At first glance, Chase is a preppy surname with ties to banking. But Chase was once a surname for a huntsman, and it still conveys the idea of pursuit. Think of chasing your dreams. While the name has a long history of sparing use, it has become a mainstream favorite in the twenty-first century, currently ranked Number 74, down a dozen places from a few years earlier.

5. Chance: Lucky sounds like a nickname, while Fortune doesn’t quite sound like a name at all. But Chance strikes the right note. It suggests the idea of possibility, and winning against the odds. Chance caught on in the mid-1990s, but has continued to enjoy steady use for our sons, ranking Number 250 in the US last year.

6. Harmony: Harmony could be a musical sister name for Melody and Aria. But the name also suggests agreement and peace. No surprise this name’s use started to rise in the late 1960s — though it wasn’t completely unknown before then. It now stands at Number 184 in the US, with the respelled Harmoni also in the Top 1000, at Number 955.

7. Haven: Actor-turned-entrepreneur Jessica Alba and husband Cash Warren named their daughter Honor in 2008. They welcomed Haven three years later. Both names were in use earlier — think of English actress Honor Blackman — but it is Haven that has become a modern staple, currently ranked Number 330. Combining an appealing meaning — shelter, refuge — with that stylish ‘v’ sound, Haven is more popular than ever.

8. Journey: Sure, Journey was a rock band that dominated the 1970s and 80s with a string of hits. But it is also a path — either an actual road one travels, or the process of discovery and change throughout life. Journey comes in at Number 274 for girls. Spelled Journee, it’s Number 377.

9. Serenity: Serenity means peace and tranquility. Serena has more history as a given name, but Serenity is catching up. It currently ranks Number 71 for girls in the US. Joss Whedon fans might think of this name in a different light — it’s the spaceship from his short-lived sci fi-meets-the Wild West television series Firefly, and the name of the 2005 spin-off movie.

Do you have your own favorite virtue-inspired baby name? Tweet us @BritandCo and let us know!