These Alarming Statistics on Abusive Relationships Will Shock You 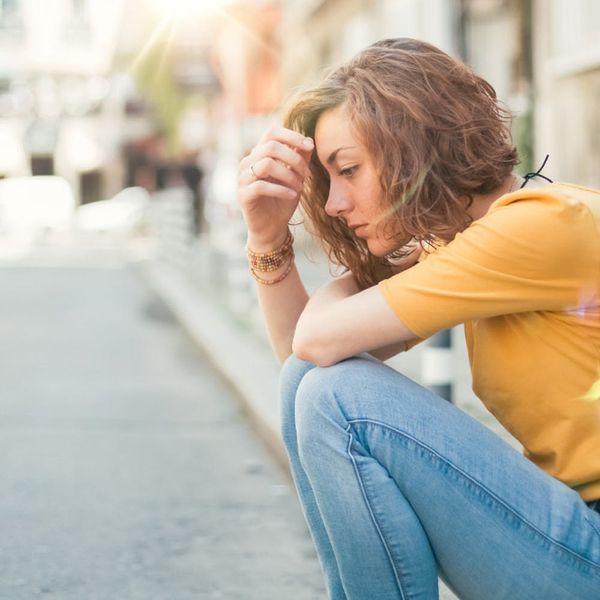 When you’re scrolling through your Insta or Facebook feed, the colorful and creative pics can make it seem like everyone you’ve ever met is in a happy relationship. But shocking statistics on reported relationship abuse — physical and emotional — tell a very different story.

According to the Center for Disease Control and Prevention, every minute, 20 people are the victims of physical abuse by an intimate partner. To get a better understanding of abuse within relationships, Mental Help Net surveyed 571 Americans who were, or are currently in, abusive relationships. Their responses shed some painful light on what’s happening behind closed doors.

Almost 55 percent of the survey responders said they entered into an abusive relationship when they were between the ages of 17-24, marking this time period as an extremely vulnerable one. Surveyed men and women both reported fearing their partners, proving that abuse does not discriminate.

Survey responders also shared why they stayed in abusive relationships. For many of them, concerns about their children, safety, and limited finances kept them with their abusive partners. Nearly half stayed in relationships for one to three years, despite the abuse. And for those who were able to leave, many said it was difficult to trust other people and open themselves up to new relationships.

If you or someone you know is in an abusive relationship, there is help available and you don’t have to go it alone. Contact the National Domestic Violence Hotline at 1-800-799-7233 or visit their website for additional resources. For more information on Mental Health Net’s survey results, be sure to visit their site.

Do you have additional resources for women in abusive relationships? Tweet us @BritandCo and let us know.

Angela Velez
Angela is an MFA Fiction candidate at the University of Pittsburgh. You can find her reading obsessively, wandering bookstores and watching melodramatic television.
Healthy Living
Relationships
Healthy Living