According to the Golden Globes, ‘Lady Bird’ Magically Directed Itself 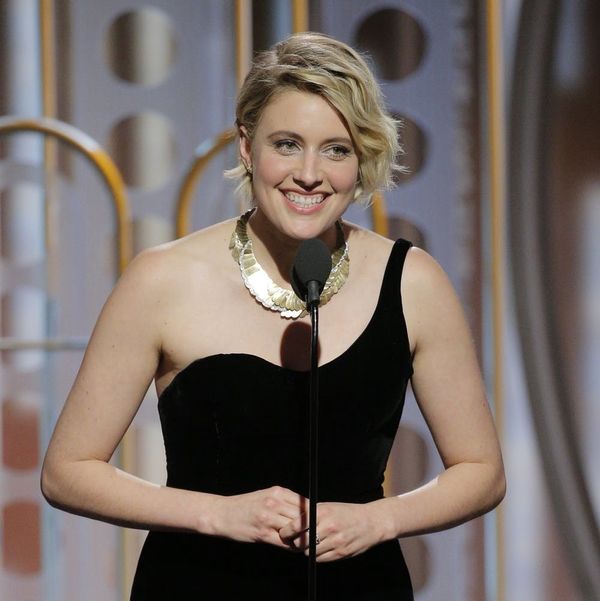 To a lot of women, it was no surprise to see Greta Gerwig’s directorial debut Lady Bird take home a Golden Globe for best motion picture — musical or comedy, but what did surprise was how Gerwig herself didn’t receive a nomination for her direction of the film… as Natalie Portman so brilliantly made the audience see when announcing “the all-male nominees” for best director of a motion picture. In fact, it turns out that only five women in the 75 years of the awards show have ever been nominated. And considering that only one woman, Barbra Streisand, has ever won the Best Director award (a whopping 34 years ago, a Babs herself pointed out onstage) maybe it shouldn’t really be called “a surprise” but “an upset” that Gerwig didn’t receive appropriate kudos for her award-winning film. It’s as if Lady Bird directed itself.

Lady Bird received wide critical acclaim even before it hit the award circuit. Before someone decided to spoil its perfect score, Ladybird was cheered for being the single highest rated movie in the history of Rotten Tomatoes. So, we can’t help but ask ourselves, if the film that could win Best Picture, and whose star Saoirse Ronan took the Best Actress prize for a role that Gerwig directed, how is it that Gerwig can be overlooked for her directorial work?

Well, the annual Celluloid Ceiling reported in 2016 that women made up only seven percent of directors working on the top 250 domestic grossing films, which was a drop from the 2015 number of nine percent. And of that top 250, only slightly over one-third of films employed up to one woman onscreen, 52 percent employed two to five women, 11 percent employed six to nine women and two percent employed 10 or more women. Compare that to the 76 percent of films that hired 10 or more men, and it’s pretty easy to see a pattern.

With everything that has come to light over this year about women working in the entertainment industry, it’s easy to see that the environment itself isn’t always safe or supportive of women’s professional advancement. But, even though Gerwig didn’t win her Best Director nomination or award, it’s hard to deny that Lady Bird is a tour de force for women everywhere. A story that was written by a woman, directed by a woman, starred in by women, the film finally gives women a coming-of-age story to love. If only the industry could recognize what a big deal the achievement truly is.

Tell us what you think about Gerwig’s non-nomination on Twitter @BritandCo.