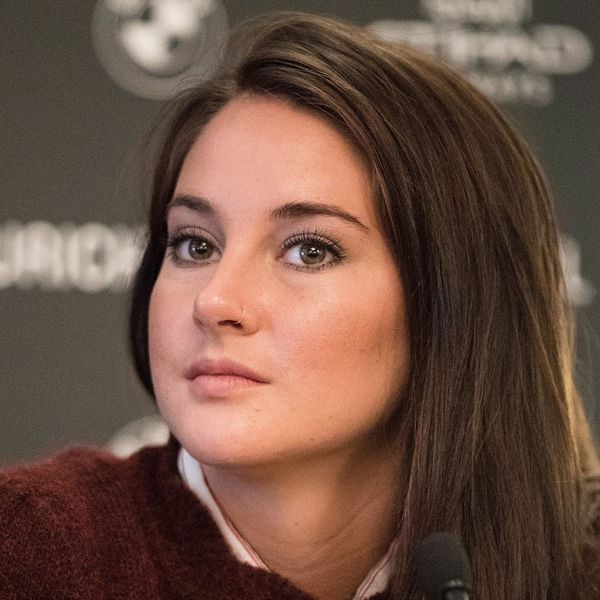 Whoa! Shailene Woodley has been arrested! Emerging as one of the most active and outspoken Hollywood figures of her generation (and only recently getting into the social media vibe), the actress known for her roles in Divergent, Snowden and The Fault in Our Stars doesn’t just talk the talk, she walks the walk. Proof of that is the fact that Shailene was just arrested while protesting the pipelines in North Dakota, even managing to capture the entire thing on Facebook Live.

While joining others who are fighting against the construction of the Dakota Access Pipeline as part of the #NoDAPL movement, 24-year-old Shailene noted that the riot police were arriving even though it was a peaceful protest and there was no violence or aggression from anyone. “They have frickin’ batons,” she says incredulously on the video, adding that there was no need for force since people were merely praying.

Two hours later (at the end of the video), Shailene was arrested for criminal trespassing and was taken to a police vehicle. You can actually hear the clicking of the handcuffs as they’re placed on Shailene’s wrists behind her back, while a helicopter hovers in the background.

The reason for Shailene’s arrest? Shailene claims she was arrested despite leaving when asked and despite no one else being arrested, “because I’m well known. I have 40,000 people watching… I hope you’re watching mainstream media.” People certainly were watching and still are as the video is buzzing hard around the Internet. Message received!

What do you think about Shailene Woodley’s arrest? Tweet us @BritandCo!

Desiree O
Desirée O is a ‘Professional Bohemian’ who loves anything and everything related to the arts, entertainment, and pop culture. She ADORES being a ‘Newsy’ for Brit + Co, covering all of the latest tidbits of awesomeness that you want to read about. When she’s not writing, she’s either making messy art, going on long adventurous walks with her camera, or poking around over at bohemianizm (http://www.bohemianizm.com/). You can find out about Desirée O and her work at http://DesireeO.com/ or follow her on Twitter @DesireeO.
Facebook
Celebrity News
Facebook
More From Celebrity News