Here’s How You Can See Adele in Concert for Free 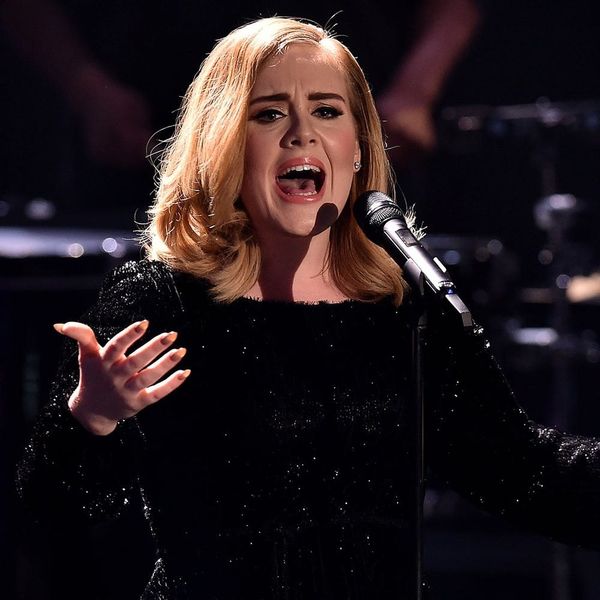 To say that 2015 has been a good year for Adele might just be the biggest understatement ever. Since the release of her new album last month, Adele has sold over four million copies in the U.S., and 25 is officially the first album to ever sell one million copies two weeks in a row. You may have also heard that during her first week of sales, she beat NSYNC’s current record for most album sales in a single week since 2000 – you know, back when people still actually bought CDs. And just as a little cherry on top of the cake, she did it in just four days. So ya, things are going well for the 27-year-old.

Back in November, the record-breaking musician performed her first live show in four years for an ultra lucky audience at Radio City Music Hall. The event was filmed and televised on NBC last night. If you missed it or you don’t have cable (because really, who does anymore), NBC has made the entire concert available online.

There is always a mild fear that someone won’t sound quite as good live as they do in your headphones, but such is not the case here – like, not at all. After a heartfelt intro from Jimmy Fallon, Adele makes her grand entrance with none other than her already iconic single, “Hello.” She goes on to sing tracks from her new album but also busts out some old favorites like “Seventeen” and “Someone Like You.”

Unlike Taylor Swift’s concert (which you’ll also soon be able to watch from home), Adele’s show features no costume changes or special guests stars. It’s just her and the microphone, and to be honest, we wouldn’t have it any other way.

What did you think of Adele’s televised show? Tweet us your reaction @britandco.

Cortney Clift
Cortney is the senior writer and special projects editor at Brit + Co. She typically covers topics related to women's issues, politics, and lifestyle. When she's not buried behind her computer you'll find her exploring New York City or planning her next big adventure.
Music
Pop Culture
Music