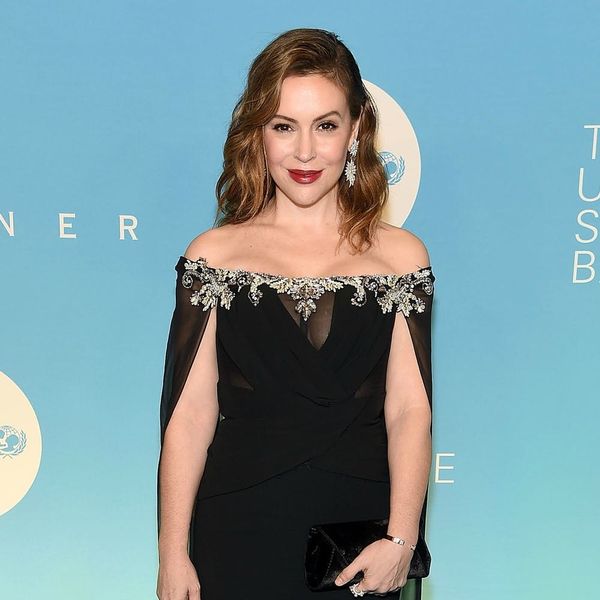 With the death of seven-year-old Guatemalan immigrant Jakelin Caal in Border Patrol custody last week, and news on Wednesday that an already-sick five-month-old infant was forced to stay in a freezing cell with access to her prescribed medication withheld by border security agents, actress Alyssa Milano has written a scathing op-ed calling out US lawmakers for their draconian and inhumane immigration policies. She also implores them to make sweeping immigration reforms.

“An immigration system that restricts legal entry and then ensures dehydration and detention for those who cross otherwise will naturally have fatal results,” Milano writes for The Guardian. “In fact, the system [being used today] is intended to heighten these dangers and then broadcast them to those who would follow. The deaths themselves are the deterrent.”

Milano also points out that it is completely legal for people to cross into the US to seek asylum under current US and international immigration laws.

Milano specifically targets politicos like Jason Chaffetz, a former congressman, who, when pressed about Caal’s death, cited the tragedy as a warning to other prospective immigrants and asylum seekers. But, as Milano also points out, it is because of decisions made by people like Chaffetz, Jeff Sessions, and members of the Trump administration — past and present — that legal avenues of immigration are more difficult for people to pursue. Furthermore, she argues that the crackdown on immigration has spurred policies that create additional danger for both immigrants and, in some instances, American citizens.

Milano points to the unfair incarceration of children (of which there are currently some 15,000 being held in for-profit detention centers) as an example of risk to detained minors’ health and safety. She also references Border Patrol practices like “slashing open water jugs” and confiscating blankets left out in the open desert, along the southern US border, that are intended to help sustain asylum seekers and immigrants escaping to the US.

In June of this year, Reuters reported that open desert deaths of US-bound immigrants rose to 48 between January and May of this year, up from 31 during the same period in 2017. Reuters also reported that border patrol recorded a 12 percent increase in family arrests in the eight months preceding May 2018. Open border activists say these deaths and detentions are directly related to increased border security policies enacted in the last few years.

“We must overhaul our intake process completely,” Milano warns, adding that deaths and abuses along the border are completely unnecessary. “We can no longer clog ports of entry, arbitrarily deny fair asylum hearings, push people to desert crossings and then mistreat them when they cross. The hieleras [ice cold detention rooms] must be abolished, the long lines must end, the destruction of supplies must end.”

Kat Armstrong
Kat has been a writer, social media maven and mom for longer than she's willing to admit. She's also spent time in front of and behind the camera, interviewing celebs, politicians and acting as a producer for fashion and artistic photography shoots. When she isn't writing for various orgs and publications, she's hanging with her kids, husband and French Bulldog, Peter, in Toronto, Canada.
Controversy
Politics
Controversy Immigration