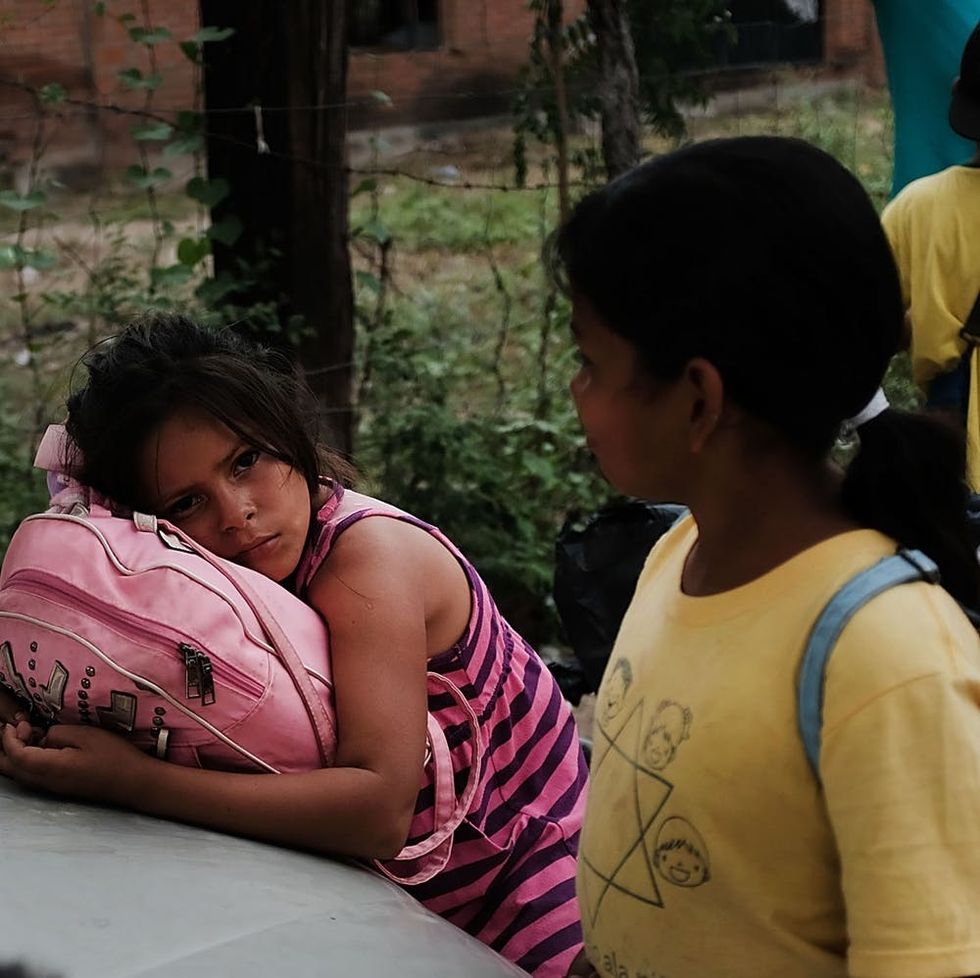 While thousands of asylum seekers march on foot through all weather and terrain in the hopes of escaping the horrors of violence and economic peril in their Central American homelands, President Trump is planning on meeting the approximately 3,600 to 7,000 men, women, and children at our already heavily-fortified border with over 5,000 US military personnel to keep the refugees out of the US.

And while the president continues to use nationalist rhetoric to drum up support for his plan, the effect of having such a heavily militarized border will be dangerous, not only for those refugees seeking asylum in the US, but for civilian citizens living in hundreds of border towns dotted across the landscape. And there are close to one hundred deaths to prove it.

The militarization of our border isn’t new. And casualties resulting from this approach to border enforcement date back to the Clinton administration, over two decades ago.

On May 20, 1997, four camouflaged marines swept through the hills in Redford, Texas. There, 18-year-old Esequiel Hernandez Jr. was tending to his family’s sheep. He was shot with an assault rifle by a marine who was deployed to the border town to search for drug mules bringing cocaine and other drugs illegally across the border on foot. Hernandez bled to death without receiving medical support. He was a US citizen.

Even though Hernandez’ killing was rare for the Texas border patrol and the drug crackdown in the late 1990s, it was hardly the last instance of such lethal error. In fact, the Southern Border Community Coalition has been monitoring deaths along the US-Mexico border since 2010. As the US has increased firepower and autonomy for border patrol agents across the southern border, border patrol agents have killed both US citizens, Mexicans passing over the border, and others under suspicious circumstances.

In 2010, San Diego resident Anastasio Hernandez Rojas, who had lived in the US for more than 20 years, was tased by border guards and died after suffering a heart attack while trying to cross back into the US from Mexico on foot. In 2011, 17-year-old Ramses Barron Torres, a resident of the Mexican border town Nogales, was shot and killed by US border guards after they allege he threw rocks at them.

2012 saw the shooting death of José Antonio Elena Rodríguez, a Mexican teen who wanted to become a soldier to combat violence on the Mexico side of the border. Rodríguez was shot 10 times by a US border agent who claimed the teen was throwing rocks at the agent. Rodríguez was walking home from a basketball game.

In 2012, American Alexander Martin died in California after border patrol agents accidentally caused his car to explode when he was found driving the wrong way down the highway. Also in 2012 in California, Valeria Munique Tachiquin-Alvarado, a US citizen, was shot and killed by a border patrol agent who says she attacked first.

They’re not the only ones. According to The Guardian, there have been almost 100 questionable deaths by border agents and the military deployed across the southern and northern US borders since 2003. Further militarizing an already highly-armed area while pushing scare tactics may only make things worse.

The threat of undocumented migrants flooding the border isn’t actually as worrisome as we may believe, given the current administration’s hyperbolic rhetoric. According to the Department of Homeland Security’s own 2017 report, the southern US border is “more difficult to illegally cross today than ever before.”

By doubling down on the idea that there are legitimate threats against our supposedly previously secure nation, the act of militarization reinforces the us-vs-them dichotomy that so many in the GOP — and current administration — are leveraging as a primary talking point of next week’s midterm election.

But there is no invasion. There are legal asylum seekers, economic immigrants, and peaceful Americans in border towns who are trying to go about their lives unscathed. And fortifying the border won’t stop anyone from coming — it will only elevate tension that makes life unsafe for anyone near the borders, for now and the immediate future.

Kat Armstrong
Kat has been a writer, social media maven and mom for longer than she's willing to admit. She's also spent time in front of and behind the camera, interviewing celebs, politicians and acting as a producer for fashion and artistic photography shoots. When she isn't writing for various orgs and publications, she's hanging with her kids, husband and French Bulldog, Peter, in Toronto, Canada.
Controversy
Current Events
ControversyImmigrationPolitics