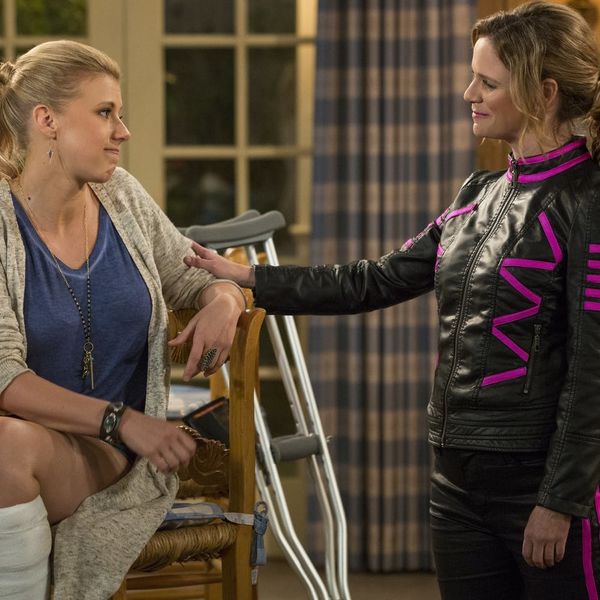 If you’re getting ready to binge-watch the second part of Fuller House season 3 now that it’s finally on Netflix, you’re in good company. Andrea Barber, who plays Kimmy Gibbler on the show, has a fan of the series in her own home — but he’d never admit it!

The actress told People that although her 13-year-old son, Tate, would never own up to it publicly, he’s actually “a closet fan” of the series. She added that “his friends all think it’s cool” that she’s on a show, but he’s “mortified by anything” she does “on-screen or off-screen.”

However, he still likes to keep up with his mom’s hit reboot. Barber told People that she “will catch him in his room binge-watching the show” from time to time. Too cute!

Jodie Sweetin, who plays Stephanie Tanner, said that her little ones love that she’s working in front of the camera again. “My daughters are very excited about it,” she said. “And my littlest one, I was in the grocery store the other day and she was like, ‘Mommy, why are people freaking out that you’re here?’ I go, ‘Why, baby?’ It didn’t even occur to me. She goes, ‘Because you’re super famous.'”

Barber and Sweetin’s kids — along with every other Fuller House fan — can catch parts one and two of season 3 of the beloved reboot on Netflix now.

How do you think you would have dealt with having a famous parent when you were a kid? Let us know @BritandCo!