Say Namaste to Gorgeous Yoga Photos Captured Around the World 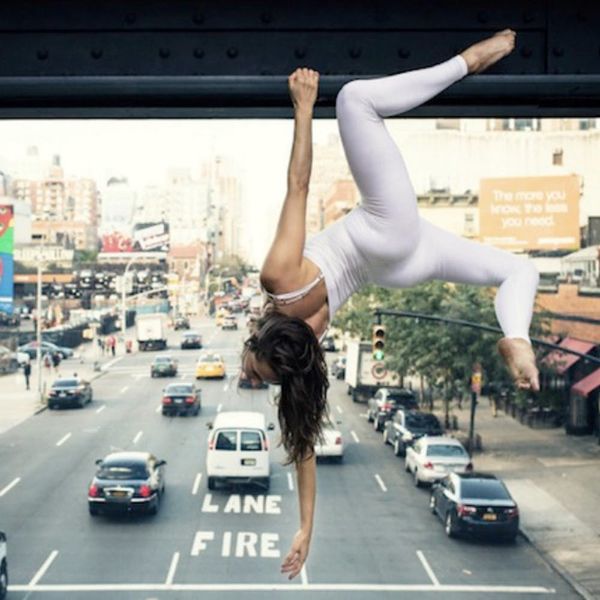 Finding inner peace and calm can be difficult in our busy lives, especially if those lives happen to be in major cities. But just because it’s difficult doesn’t mean it’s impossible, as shown by this stunning photo series. In it, architect and yoga instructor Anja Humljan manages to get her yoga poses on, despite being in the middle of some of the most cosmopolitan centers in the world.

From New York to Paris to Madrid, Humljan strikes the perfect pose in a variety of urban settings, including subway stations and abandoned parks, shot by four photographers — Jaka Vinšek, Emilio P. Doiztua, Primož Lukežič and Antoine Le Grand. The final series has been turned into a book called The Urban Yoga, which was a successfully crowdfunded on Kickstarter earlier this month.

Says Humljan about the project: “As far as the poses are concerned, my aim was to connect, intertwine and mimic the urban space, so that the photos functioned as a metaphor for the fact that while moving through space, we subconsciously mimic and measure spatial configuration.” We don’t think you can get much more zen than that.

What do you think of this yogi art project? Does it inspire you to find peace in your urban space? Tell us below.

Nora Landis-Shack
Nora is a writer, photographer, foodie and feminist. After living in New York City for 23 years, she recently moved San Francisco and can't wait to explore. When she's not pursuing her interests in health and technology, she loves hiking, yoga, playing piano and squealing over kittens as an ASPCA volunteer.
Kickstarter
Home News
Kickstarter Photography Yoga
More From Home News