Yes, Please: Anne Hathaway Might Bring Back “The Princess Diaries” 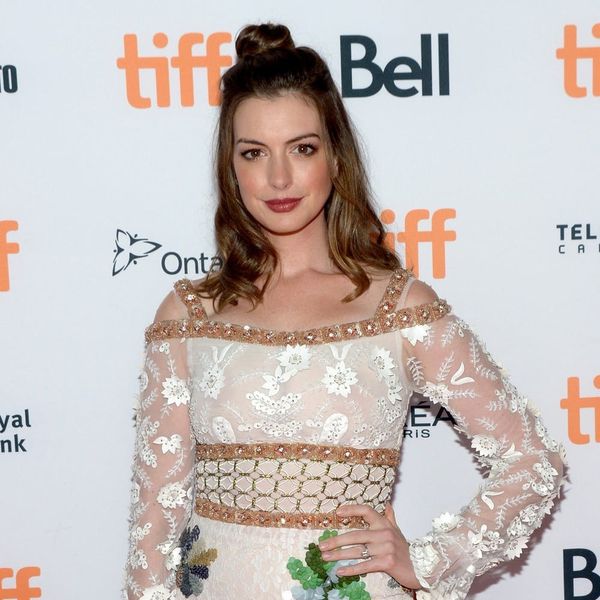 Anne Hathaway has played everyone from a whip-smart fashion assistant (The Devil Wears Prada) to a tragic young mother in an impossible situation (Les Misérables) — a role for which she won an Oscar. But before all that she was Mia Thermopolis, and in our hearts she’ll forever be Mia Thermopolis. In 2001, Hathaway perfectly played the world’s most awkward royal teenager in The Princess Diaries, and again revived the role in the 2004 sequel. See where we’re going with this?

Now, 16 years after what is still arguably her most beloved role, Hathaway may be preparing to dust off her tiara once more in honor of Garry Marshall, the late director who gave her that first big break.

Last year, Marshall had fans in a tizzy when he spilled the beans that he and Hathaway wanted to film Princess Diaries 3 in Manhattan.

Hathaway was pregnant at the time, meaning the film would have to be put on hold. Tragically, Marshall passed away last July.

The film’s other megastar, Julie Andrews, who plays Mia’s grandmother (a queen in every sense of the word), has revealed to BuzzFeed that the idea of a third TPD is still being kicked around. “There’s talk about it,” she said. “And [Hathaway]’s very keen to do it. I would very willingly and happily do it.” She went on to say that the pair just may complete the project in Marshall’s honor. “Annie had an idea that she wanted to pursue about it, and I’m all for it, so if she’d like to…”

But don’t get TOO excited just yet. Andrews says that with regard to production, she’s not 100 percent sure where the film is at, with Hathaway’s rep adding that it’s “way too premature to discuss [the] project.”

In meantime, we’ll have to rely on the internet’s well of Princess Diaries fan-fiction.

Are you keen to see Anne take on her breakout role once more? Tell us over @BritandCo.

Nicole Briese
Nicole is the weekend editor for Brit + Co who loves bringing you all the latest buzz. When she's not busy typing away into the wee hours, you can usually find her canoodling with her fur babies, rooting around in a bookstore, or rocking out at a concert of some sort (Guns N' Roses forever!). Check out all her latest musings and past work at nicolebjean.com.
Nostalgia
Celebrity News
Nostalgia
More From Celebrity News