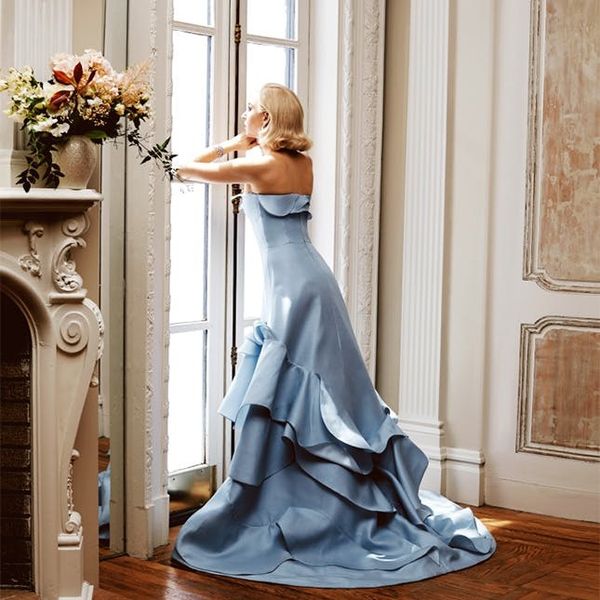 There’s something about old Hollywood style that gets us every time. And there’s no one more glamorous than Grace Kelly (we’ve even been known to sport her braided bun a time or two). The actress-turned-princess-of-Monaco evoked beauty and charisma — and now, thanks to Harper’s Bazaar, we can confidently say she passed on those same qualities to her granddaughter, Jazmin Grace Grimaldi.

Though they never met — Grace passed in 1982, almost a decade before Jazmin was even born — the 23-year-old says watching High Society was one of her fondest memories of her grandmother. “I’m passionate about acting, singing, and dancing. I saw that in her in this movie. It was a real goose-bumps moment for me,” she told the mag.

Also like Grace, Jazmin has had to navigate the two worlds of normalcy in the US and royalty in Monaco. Even though her father is Prince Albert, her mother raised her out of the spotlight in California and it wasn’t until age 11 that Jazmin first visited her father’s country.

When the public did find out about her famous lineage, it was revealed in the most Princess Diaries-like way ever. “I was 14, getting ready to go to high school, when it hit the media that my father had a daughter, and it was me,” she says. “It’s a difficult time for any young adult, and it was an adjustment to have that attention. But I knew it was going to come someday.”

The sons, daughters and grandkids of iconic celebrities have been having a moment lately, from Audrey Hepburn’s supermodel granddaughter to Cindy Crawford’s mini-me son and daughter. There’s no denying Jazmin’s elegance, resemblance to her grandmother or superb taste (can we borrow, like, all of those dresses?). In fact, we have a feeling we’re going to be seeing a lot more of her from now on.

We’re feeling nostalgic, so we want to know: What’s your favorite Grace Kelly film of all time?

Lauren Smith
Lauren is a midwesterner at heart, living and writing in NYC. When she's not behind her computer you can find her splurging on delicious food, reading the latest pick from her book club and almost always wearing chambray.
Fashion