Ashton and Mila Had a Secret Wedding Over the Weekend! 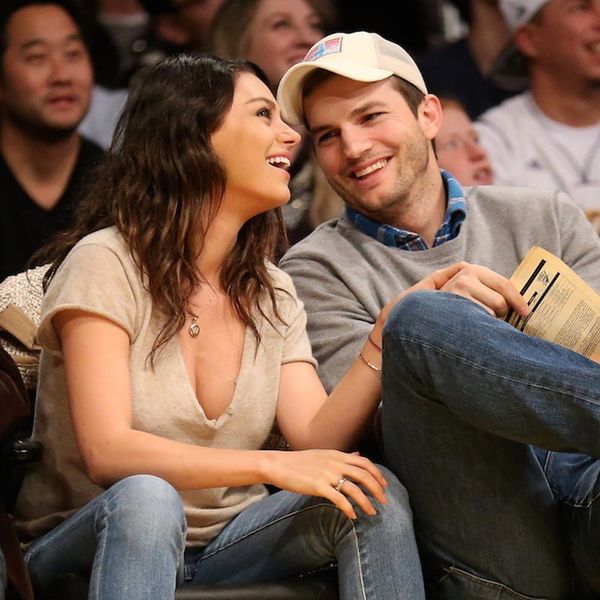 That ’70s Show fans rejoice! Ashton Kutcher and Mila Kunis, forever Kelso and Jackie in our hearts, tied the knot over Independence Day weekend. The super hush-hush ceremony went down at the appropriately named venue, The Secret Garden at Parrish Ranch in Oak Glen, California.

The pair picked a great weekend to get quietly married, since most of America was busy celebrating the Fourth with pies and barbecues (ahem, and flag cakes, TayTay). They follow in the long tradition of celebrities getting hitched in secrecy, like Brad Pitt and Angelina Jolie, Kristen Bell and Dax Shepard and Blake Lively and Ryan Reynolds just to name a few. It’ll make it that much better when we get to see the dress and maybe a July 4 wedding detail or two…

Even though we’d like an invite or a live Tweeting, there’s something super romantic about getting married sans the paparazzi swarming, don’t ya think? Congrats to the couple and their adorable nine-month-old baby girl Wyatt Isabelle.

What do you think of Ashton and Mila’s secret wedding ceremony? Let us know in the comments below!

Kimberly Wang
Kimberly Wang writes about all things pop culture, tech, style, and beauty. She's a Bay Area transplant and has an MFA in Creative Writing from Columbia University. On a sunny New York day, you can find her hanging out with her mini schnauzer Isabelle Jellybean on a blanket in Central Park.
Home News