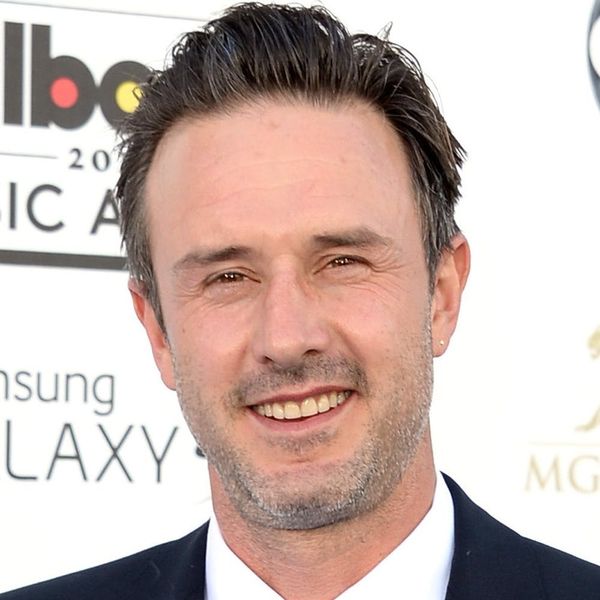 We’ve seen massive success in the wake of recent initiatives such as #MeToo and TIME’S UP with regard to the fight for equality, with the latter, for instance, raising more than $21 million to date to aid survivors of sexual harassment and abuse in gaining legal representation. For the most part, however, the charge has largely been led by strong females such as Reese Witherspoon, Jennifer Lawrence, and Catt Sadler seeking to empower others. Now, that’s all about to change, as some of Tinsel Town’s leading men seek to join in on the fight.

Following Mark Wahlberg’s donation of $1.5 million to the TIME’S UP defense fund, Hollywood heavyweights such as David Arquette and David Schwimmer are launching their own initiative, #AskMoreofHim, to throw their support behind their female counterparts and to demand more of their gender.

In an open letter, the group of 20 some actors noted that they were inspired by the solidarity and courage that their co-stars, wives, and family members have shown in recent months. Consequently, they’re aiming to use their own platforms to help make the voices of their loved ones heard even louder and more clearly than before.

Proud to join #AskMoreOfHim at the #Oscars and every day. Because men can and must do more to stop violence against women in Hollywood and beyond. #TimesUp Learn more: https://t.co/Nottyu85NK

“These people are our colleagues and friends,” the letter states. “They are fellow artists and craftspeople. They are also our partners, siblings, parents, and children. We are in awe of their strength and commitment to speaking truth to power.”

“But to be in awe is not enough,” they continued. “As men, we have a special responsibility to prevent abuse from happening in the first place… and many men, including perhaps some of us, may have enabled the behavior of others or acted in ways we now regret. Nonetheless, we believe that men must speak out against sexism, even as we engage in our own process of critical self-reflection, personal growth, and accountability.”

The group closed by pledging to condemn sexism where they see it, holding others (and themselves!) responsible for any uncouth actions. They’re also asking others to join them in their crusade, writing, “Until now, only a small number of them have been actively engaged in this effort. This must change. It’s time we #AskMoreofHim.”

In addition to Arquette and Schwimmer, other stars, such as Jane the Virgin‘s Justin Baldoni, have already signed the list, as have advocate groups such as A Call to Men and Futures Without Violence.

If we had to guess, we’d be willing to be the new initiative will also become a topic conversation on tomorrow night’s Oscars red carpet. It has already begun to make the rounds on Twitter, with celebs such as Jessica Chastain speaking out to voice her appreciation.

I am so moved by this letter. Thank you. I hold hope that as this letter circulates, more of my male colleagues will sign and support the hashtag #askmoreofhim
We all benefit from a healthy work environment, free from abuse. https://t.co/2RcZlRbuds

Read the letter in full here.

What do you think of the new initiative? Share with us over @BritandCo.