Mark Wahlberg Donates $1.5 Million to the TIME’S UP Movement in Michelle Williams’ Name 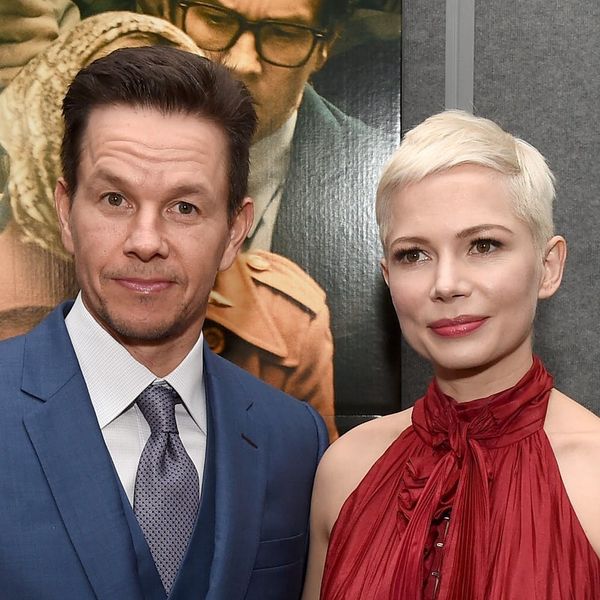 Mere days after news broke that Mark Wahlberg had earned 1,500 times more than his co-star Michelle Williams to reshoot scenes from All the Money in the World following Kevin Spacey’s removal from the project, the actor is doing what he can to set it right, donating all of said earnings — $1.5 million, to be exact — to Hollywood’s newly launched TIME’S UP movement in Williams’ name.

The 46-year-old, who topped Forbes‘ list of the world’s highest-paid actors in 2017 by raking in a cool $68 million for the year, took to Instagram to announce his plans for his controversial reshoot earnings after reports surfaced that his female counterpart had earned less than $1,000.

“Over the last few days my reshoot fee for All the Money in the World has become an important topic of conversation,” he wrote. “I 100 percent support the fight for fair pay and I’m donating the $1.5M to the TIME’S UP Legal Defense Fund in Michelle Williams’ name.”

What’s more, William Morris Endeavor Entertainment, the talent agency that represents both actors, has also vowed to donate $500,000 to the fund in Williams’ name, in addition to the $1 million it gave to the cause earlier this month.

The 37-year-old actress quickly responded with an official statement, declaring, “Today isn’t about me. My fellow actresses stood by me and stood up for me, my activist friends taught me to use my voice, and the most powerful men in charge, they listened and they acted. If we truly envision an equal world, it takes equal effort and sacrifice.”

She also called out Wahlberg directly, saying, “Today is one of the most indelible days of my life because of Mark Wahlberg, WME and a community of women and men who share in this accomplishment,” adding, “Anthony Rapp, for all the shoulders you stood on, now we stand on yours.”

As you’ll recall, it was Rapp who came forward with the original sexual misconduct allegations against Spacey. He responded to Williams via Twitter, saying he was “very moved” by her “kind words.”

The Daddy’s Home 2 star wasn’t alone in his generosity. Actress Rebecca Hall, who appeared in Vicky Cristina Barcelona in 2008 as directed by controversial figure Woody Allen and recently shot scenes for his upcoming flick, A Rainy Day in New York, has also given away her salary from the latter, stating, “It’s a small gesture and not one intended as close to compensation but I’ve donated my wage to @timesupnow.”

“After reading and re-reading Dylan Farrow’s statements of a few days ago and going back and reading the older ones — I see, not only how complicated this matter is, but that my actions have made another woman feel silenced and dismissed,” she explained on Instagram. “That is not something that sits easily with me in the current or indeed any moment, and I am profoundly sorry. I regret this decision and wouldn’t make the same one today… I’ve also signed up, will continue to donate, and look forward to working with and being part of this positive movement towards change not just in Hollywood but hopefully everywhere.”

What do you think of Wahlberg and Hall’s actions? Tweet us @BritandCo.