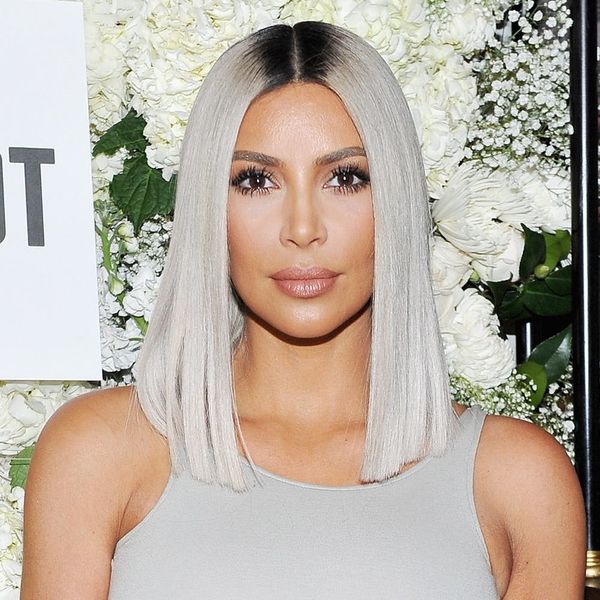 Kylie Jenner’s baby girl isn’t the only Kardashian making her big debut! Chicago West, who was welcomed into the family via surrogate by Kim Kardashian West and Kanye West just last month, is also making her first public “appearance” with a cameo in Jenner’s baby announcement video.

The shots of the newborn, seen around the 8:26-minute mark, mark the very first glimpses we’ve gotten of the babe as her reality star mom hands her to Aunty Kylie to hold.

It’s a special moment for the family, with the 37-year-old revealing her baby’s name to her little sis, brother Rob, and niece Dream Kardashian (both of whom are looking on from the background), saying, “I think we’re gonna go with Chicago,” to which Jenner replies, “I LOVE Chicago.”

From the looks of things, the 20-year-old, seen rocking the swaddled infant back and forth as the camera zooms in on Chicago’s lush brown hair and eyes, will be a natural when it comes to mommyhood — just look at that form!

Though the clip is brief, ending just 30 seconds or so later, it’s enough time for us to fall in love with the little one, who is every bit as adorable as we might have imagined.

Congratulations to both the happy new mommies!

Are you excited to see Chicago West made her public debut? Share over @BritandCo.

Nicole Briese
Nicole is the weekend editor for Brit + Co who loves bringing you all the latest buzz. When she's not busy typing away into the wee hours, you can usually find her canoodling with her fur babies, rooting around in a bookstore, or rocking out at a concert of some sort (Guns N' Roses forever!). Check out all her latest musings and past work at nicolebjean.com.
Celebrities
Celebrity News
Celebrities Celebrity Baby Kardashians Kylie Jenner