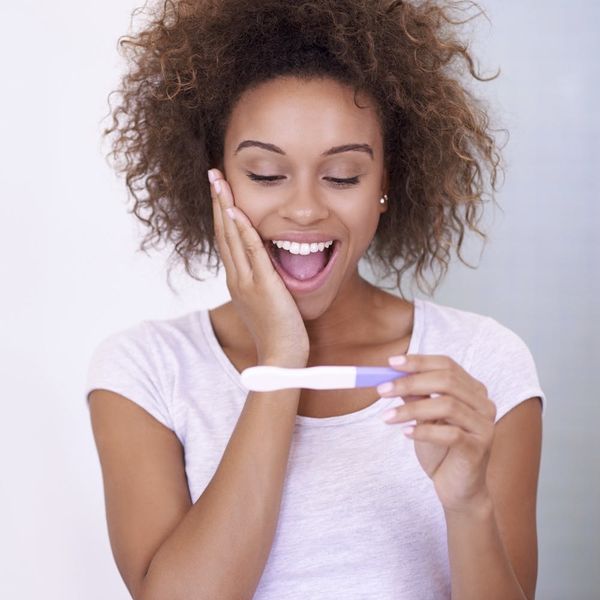 Your cousin’s friend’s sister’s mother told you that you’ll definitely have a girl if you get pregnant on a Thursday. What? Oh, the baby-making myths. Everyone has their own story to spin. Whether it’s foods to eat, positions to try or kind of weirdo oddball advice, it seems like everyone has an opinion on fertility that they need to share with you. And, surely none of them are old wives’ tales. Right? Before you believe in anything that anyone (other than your doctor) says, check out the scoop on some of those magical little myths.

1. Cough Medicine Conception: So, the story goes that drinking a guaifenesin-containing cough medicine (such as Robitussin) will get you pregnant. The so-called science behind it is that the active ingredient (it’s an expectorant) not only thins the mucus in your lungs but also thins your cervical mucus. This would then make it easier for the sperm to reach the egg (swimming through thin cervical mucus, not through thin lung mucus, of course). There’s no actual medical evidence saying that Robitussin really works. But there was one study of one man who did increase sperm count and motility after taking guaifenesin. Yep, that’s one. Only one. Unless that’s your guy, don’t count this as true.

2. The Temperature Tells: A high resting body temperature equals baby-making time? It might. Your basal body temperature (that’s the temp you take first thing in the morning while at rest) rises slightly when you ovulate. Keep in mind, your BBT may not be exactly on-point all of the time. The average BBT is between 96 to 98 degrees Fahrenheit pre-ovulation and between 97 and 99 degrees Fahrenheit after, according to US Department of Health and Human Service’s Office on Women’s Health. BBT is not necessarily the most effective way to time conception, because once your BBT rises, you’ve already ovulated, shortening the window for a possible pregnancy.

3. 24/7 Sex Is the Way to a Baby: Well, your future baby-daddy may like this one (and may absolutely insist that this is, in fact, correct). Sadly for him, it’s a myth. You can spend the entire day in bed, but if you’re a week away from ovulation there’s no actual making of a baby going on. Timing is everything for conception, and the ideal timeframe is right before and during ovulation.

4. Eat Yams, You’ll Have Twins: Look out post-Thanksgiving preggos, it looks like you’re in for double the joy. Or not. The theory behind this one comes from West Africa. The Yoruba tribe has the highest twinning rate in the world. It just so happens that the Yoruba women eat a lot of cassava, a yam-like plant. Researchers found that the skin of the tuber has a chemical that could be responsible for releasing more than one egg at a time — in higher than normal rates. There is no scientific evidence that supports that it’s the yams that are directly responsible for twins (there could be other factors at play). So unless you’re heading overseas to live in the West African town of Igbo-Ora, don’t expect a few extra yams to give you multiples.

5. Boys Are Faster: Here’s the supposed trick to conceiving a boy — have sex as soon as you ovulate. Why? It’s rumored that Y chromosome-bearing sperm are faster than the X chromosome kind. In case you’ve forgotten high school bio, XX equals a girl, and XY equals a boy. In the 1960s, the Shettles Method grew from the work of Dr. Landrum Shettles. Dr. Shettles found that Y chromosome swimmers were faster than their female counterparts (sounds like something only a man would say, right?). Even though some women swear by this, the research doesn’t back it up, showing there isn’t a difference in swim speed between X and Y sperm.

Erica Loop
Erica Loop is a freelance writer living in Pittsburgh. When she's not busy creating kids' activities for her blog Mini Monets and Mommies, you can find her trying to hang out with her teenage son, being chased by her two Olde Boston Bulldogs or teaching a children's karate class (she's a third degree black belt!).
Pregnancy
Parenting
Pregnancy