6 Things You Wouldn’t Expect About Being a Bachelor Contestant 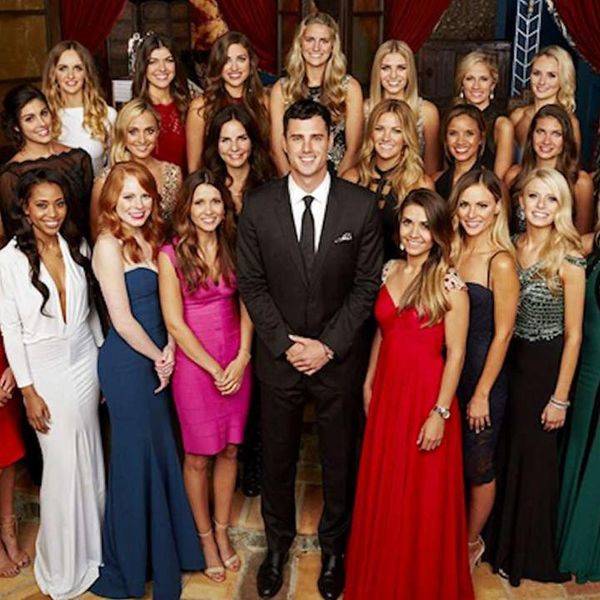 Put on your yoga pants — ahem, best athleisure — and grab a bottle of wine; the season premiere of The Bachelor with Ben Higgins is upon us! You might have watched with friends, observed The Bachelor dating rituals, filled out your Bachelor bracket, Tweeted along with the rest of #TheBachelor Nation. If you’re like me, the return of The Bachelor means something else — serious deja vu. That’s because I’ve been on it. For reals. I was a contestant on the 18th season of the show with Juan Pablo. You know how they say, “You think you know but you have no idea”? Well, I know. Here’s an inside look, six things you wouldn’t expect about being a Bachelor contestant.

You *Are* There to Make Friends

The premise of this “reality” show leads the audience to believe it’s a cut throat competition between contestants who (stop me if you’ve heard this one) “aren’t here to make friends” but instead, win the heart of the lead. Most of the time, however, that’s not the case. I have yet to meet someone in Bachelor Nation who hasn’t walked out of this experience with at least one really close friend.

Of course, not everyone is going to be BFFs. This IS reality TV after all and there are bound to be certain rivalries in a large group of men or women, especially because some, let’s use the word, *unique* contestants are placed on the cast for the sole purpose of ruffling feathers or causing a scene. But in my experience, the friendships I developed were by far the best part of doing the show and what I value the most looking back now. I would have lost my marbles in such a bizarre situation without my “sister wives,” as we now call each other.

The Bachelor mansion is absolutely gorgeous but it isn’t as large as it looks. Or… maybe it just feels small for the first week or two when you’re still with a lot of other people. I shared the largest bedroom in the house with nine (!) other females and we all used the same master bathroom with one shower. You heard me right… 10 girls, one shower. Psh, and you thought your small space was cramped.

One benefit? It’s a mansion after all, people! Luckily, the shower was massive, luxurious and had multiple separate shower heads. Let’s just say we all got comfortable around each other quickly and many of us (at least the girls from our room) sometimes showered at the same time due to time constraints.

If you think the other layouts were easier to deal with, think again. The two upstairs rooms of the mansion may have only held four to six girls each, but their bathroom wasn’t nearly as dope as ours. And, as you would expect, once numbers start to dwindle down, things get a lot roomier and more comfortable. The first floor of the mansion is pretty unbelievable. It’s spacious, well-decorated and laid out beautifully. Being a former fan of the show, it was surreal to be living there.

You Have More Responsibilities Than You Would Think

From the outside, it may seem like a paid vacation, but being on The Bachelor is like a very weird job — surprisingly more stressful, more draining and more “work” than you think. You’re there to play the role of yourself, which actually isn’t easy for some to do on camera, especially in a chaotic and manipulated environment.

A schedule for a Bachelor contestant looks like this: You’re constantly in interviews, you’re up very late at cocktail parties and rose ceremonies, you’re typically tired due to long hours, you’re being followed whether you like it or not, you have no contact whatsoever with the outside world. You’re forced to talk about Joe Shmoe (or in my case, Juan Pablo) when all you actually care about is what’s for dinner. It’s less glamorous than it seems and, shocker, I know, it can be a hard place to stay sane. To sum things up, it’s a recipe for great television. Either way, you signed up for this so you’re taking the good with the bad because there’s a lot of good that comes from the experience too.

Unlike some other popular reality shows, ABC’s The Bachelor does not pay its first time contestants. While there are many other perks of doing the show, like exposure, friendship, travel, great food, cool swag and memories, pay isn’t one of those perks. The only exception is if you come back for a spinoff show like Bachelor Pad or Bachelor in Paradise or, of course, if you land the role of The Bachelor or The Bachelorette. You’ll get a much bigger payday and a lot of opportunities along with more pay after the show. While a fat check would be nice, the luckiest contestants, in my opinion, are still those who actually find love on the show. Their experience becomes priceless.

Hair, Makeup and Wardrobe Are Not Provided

One of the questions I’m most often asked is: “Do the contestants do their own hair and makeup?” and “How does everyone stay so gorgeous?” Trust me, it takes WORK. Sure, producers aim to cast, well, attractive people on the show, but everyone does their own pampering.

A wardrobe team would have made my life so much easier. I travel very light and decided to do the show super last minute, so I came up probably seventy percent short of what I needed wardrobe wise. I had to borrow (from friends, see above!) like crazy. Sans beauty squad, we’re all scrambling around like chickens with our heads cut off before rose ceremonies and cocktail parties, sharing the same quarters and borrowing each other’s clothing and jewelry so we don’t repeat the same outfit twice. Confession: That was kind of the fun part. The real fun? If you become the lead, that’s when you get the amazing wardrobe and killer glam squad.

Thick Skin Is A Must

Real talk: I wouldn’t recommend going on a show like The Bachelor (or television at all for that matter), unless you’re very confident and secure in yourself and who you are as a person. Whether things go your way or not, you will be loved and hated and judged no matter what. People on the Internet and across America will think they know you because of what they saw you say or do on television. What they don’t know is that things are easily taken out of context and that editing equals magic. And if you don’t have thick skin before, you will after being on this show. (That’s my plug to be nice to contestants on Twitter btw ;)

In the end, I’m happy I did the show. I had a great experience, made amazing friends, created memories I’ll never forget and learned some valuable life lessons — including how to do TV-ready hair and makeup in a bathroom with nine other women.