‘Bachelorette’ Recap: The Most Cringeworthy/Swoon-Worthy Moments from Season 14, Week 5 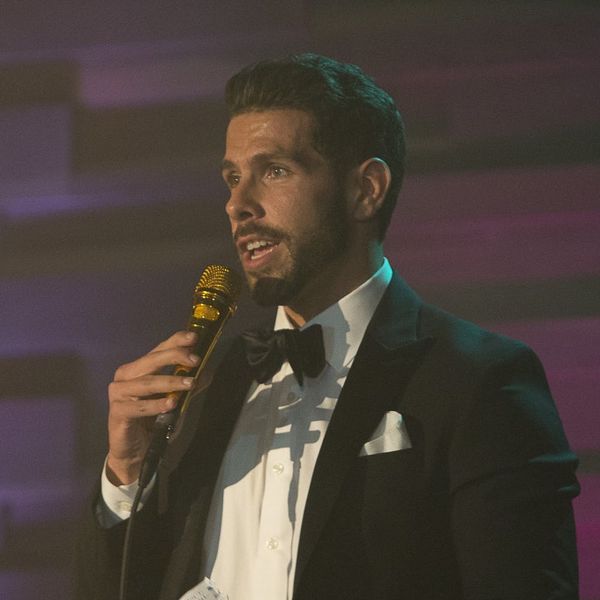 Becca might want to consider cutting her losses after tonight’s Vegas-set episode of The Bachelorette. We hope that at some point, the swoon-worthy moments outnumber the cringeworthy ones, but this is clearly not that point. Between the drama with Chris and the David-Jordan feud that will not end, we have a lot of cringeworthy stuff to cover, so let’s get to it. (Spoilers ahead.)

Neither swoon-worthy nor cringeworthy: Colton’s one-on-one date with Becca. There was nothing especially good or bad about Colton and Becca’s time together. They rode camels, made out in a hot tub, talked about past relationships, and then boarded a BigBus to see the Vegas strip while drinking champagne. It was kind of cute when they rode past a giant light-up sign urging him to “KISS HER,” but something about the whole night just felt a little forced. He got the date rose, though, so maybe their connection is real.

Swoon-worthy and cringeworthy: The guys’ attempts to channel their inner Wayne Newton. On this week’s group date, Becca took Wills, Garrett, Blake, John, Connor, Leo, Lincoln, Jason, and Chris to Wayne Newton’s estate, where they were tasked with writing lyrics about Becca to the tune of Newton’s signature song, “Danke Schoen.” And since no group date is complete without a little schadenfreude, they had to perform those lyrics in front of an actual audience later that night.

Not surprisingly, the performances themselves were not great — hence the cringing. But the fact that all of the men were so game to embarrass themselves in the name of love was pretty sweet — hence the swooning.

Swoon-worthy: Chris’ performance on the Vegas stage. Chris was feeling pretty confident about the group date since he had to write a song on his one-on-one date with Becca, and he used that confidence to his advantage during his performance. He got the crowd on their feet and clapping along, and he even earned a few cheers for his line about a certain former Bachelor who shall not be named. We were kind of rooting for him. And then… well, keep reading.

Cringeworthy: Chris’ attitude after his performance. We thought Jordan and David’s two-on-one date would be the most cringeworthy part of the episode — more on that in a minute — but Chris really gave them a run for their money in this episode. His confidence quickly turned to cockiness after his “Danke Schoen” performance, so he didn’t bother even trying to get one-on-one time with Becca at the cocktail party that night. Apparently he thought she should have come to him, but since that’s not the way this usually works, she didn’t — which is how Blake (one of the only men who’s still likable at this point) ended up with the date rose, and Chris ended up with nothing.

The fact that Becca would even consider giving the rose to anyone else shook Chris to his core — he literally used the phrase, “I’m shook” — and made him question if he wanted to stay.

To no one’s surprise, he didn’t follow through on his threat to pack his bags and leave, but Becca was not happy that he’d made the threat at all. At the pre-rose ceremony cocktail party, she pulled him aside and called him out for his behavior, which also included him saying she “owed” him 50,000 kisses. Um, no.

He later interrupted Wills’ time to try to change her mind about him, but Wills was not having it. Wills gave Chris two minutes to make his case — which was two minutes too many, honestly — and then came back to rightfully reclaim his one-on-one with Becca. Chris fought him on it, but Wills calmly stood his ground. (Add Wills to the *very short* list of guys we still like.)

Cringeworthy: The whole David vs. Jordan debacle. We are so over this feud, and from the looks on the rest of the guys’ faces throughout this episode, so are they. David and Jordan bickered every time they were on-screen together tonight, including during their disastrous two-on-one date.

We don’t really want to rehash all the details of their fight, but the gist of it was: David told Becca that Jordan was shady, Becca confronted Jordan about said shadiness, Jordan denied that he was shady and accused David of being shady instead, and then Becca realized they were both shady and sent them home. (She actually sent David home first and let Jordan join her for dinner, but in the end, the date rose went unclaimed by both of them.)

Note to all future Bachelor and Bachelorette contestants: If you only have 15 minutes to spend with someone you’re supposedly falling in love with, don’t spend it talking about how much you hate someone else. It’s not cute.

What did you think about this episode of The Bachelorette? Tell us @BritandCo.