12 Back-to-School Movies to Stream on Netflix 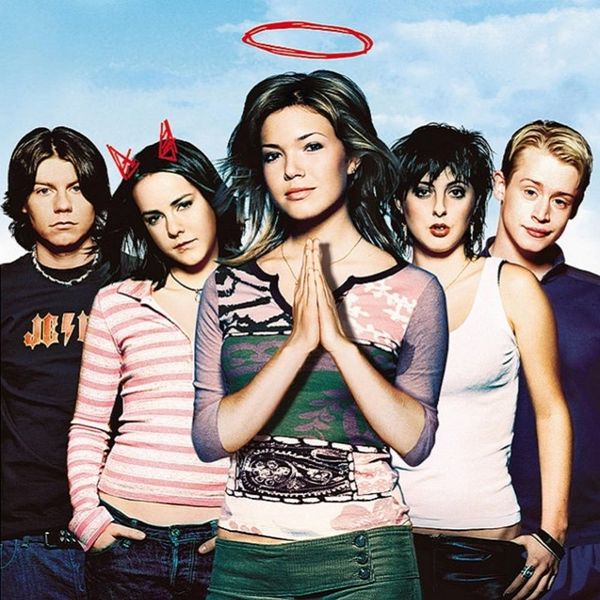 School supplies, check. Multiple hairstyle options to wear throughout the year, check. One-of-a-kind backpack you totally DIY-ed (high five, btw), check and check. You’re all set for the new school year supplies-wise, but now it’s time to get your brain on the same page with a little Netflix action. We studied up on our back-to-school flix and think these 12 are the correct answers to easing into bell life once again. Get ready for a weekend binge-watching session that’ll make you feel like one smart streamin’ cookie.

1. Grease: We’re taking it back old school for this one. This 1978 gem about summer love always manages to get us singing (out of key, mind you) and dancing like fools with our besties. Summer lovin’ had you a blast, and this movie will help you remember those summer niiiiights for sure. Plus, Sandy is like such a babe. Pink Ladies, anyone? (Photo via Paramount Pictures)

2. Mean Girls: While we’re not saying you should become the mean Regina of your school, we think you should watch this movie to get you in the mood for seeing cute boys in your algebra class. Did we mention the head-of-the-class cast featuring Tiny Fey and Amy Poehler? Enough said. (Photo via Paramount Pictures)

3. Saved!: Praise the movie gods this flick was created because it’s ah-ma-zing. Mandy Moore and Jena Malone play bible besties who try to save every single person at their Christian high school — that is, until something unexpected turns them against each other. (Photo via MGM)

4. Election: We all have a Tracy Flick at our school. You know the one — that Ms. Goody Two Shoes/teacher’s pet. Reese Witherspoon plays the energetic go-getter running for student council president and will leave you thinking of upcoming student elections. (Photo via Paramount Pictures)

5. Good Will Hunting: College life isn’t for everyone. Enter Will Hunting, the young janitor at MIT. Behind the sweeping, Will (played by Matt Damon) is a genius. This powerful movie packs lots of great one-liners and features the late and great Robin Williams. (Photo via Miramax Pictures)

6. Heathers: Getting into the in-crowd at school can be a dream, but not for Veronica (played by Winona Ryder). She is invited into the elite crowd of three super rich popular girls all named Heather, and soon decides that nerd life was way better. How does she get out of the clique when things go sour? You’ll just have to watch and find out. (Photo via Image Entertainment)

7. Legally Blonde: Breaking up in college stinks. Elle Woods takes matters into her own hands and applies for Harvard Law School to prove herself. No objection here. (Photo via MGM)

8. School of Rock: School is sure to bring you substitute teachers throughout the year. But what if you got Jack Black posing as one? And he turned your class into a rock band? Best substitute teacher ever. (Photo via Paramount Pictures)

9. Can’t Buy Me Love: The nerd at school helps out the popular girl by paying for her mother’s ruined white suede outfit and in return wants said popular girl to date him so he can be seen as Mr. Cool on campus. Those of you who love Grey’s Anatomy will love seeing Mr. McDreamy play a nerdy science boy. (Photo via Touchstone Pictures)

10. Ferris Bueller’s Day Off: Playing hookie from class crosses every student’s mind, right? Well nobody does it better than Ferris Bueller. He even breaks out his girlfriend and best friend for a day of fun and adventure. (Photo via Paramount Pictures)

11. Clueless: As if we would leave this movie off the list. Cher is the girl every girl wants to be. I mean, just look at her amazing closet. See how she balances popularity, crushes and makeover projects during the school year. (Photo via Paramount Pictures)

12. Drive Me Crazy: We wish our next door neighbor was cute and charming enough to pretend to date in the hopes of making other people jealous at prom. Who’s with us? (Photo via 20th Century Fox)

What movie gets you back in the mood for back to school? Tell us in the comments below.

Britt Feder
Britt has a severe nail polish addiction (she owns 50+ shades). When this Midwestern gal/Oakland resident isn't painting her nails, she can be found reading a good book in the sun or enjoying a glass of champagne… bubbly doesn't need a special occasion to make you feel fancy.
Back to School
Movies
Back to School Netflix
More From Movies