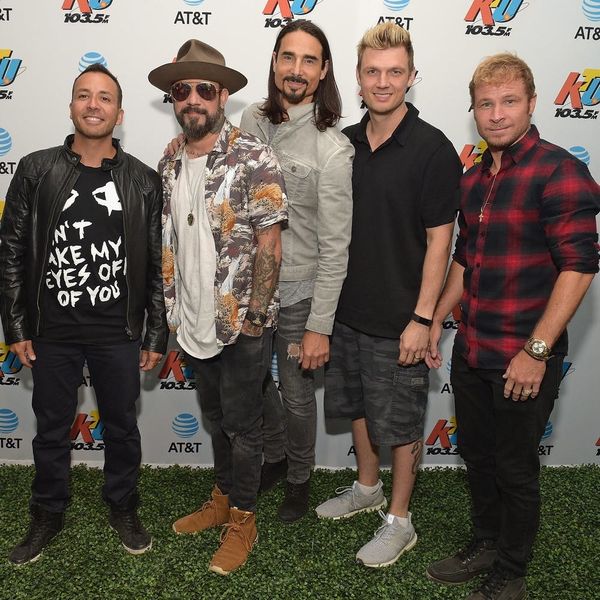 The Backstreet Boys just released their first new single in five years, but that doesn’t mean the old hits are a thing of the past. The group recently found themselves trying to explain the meaning behind one of their biggest hits, “I Want It That Way,” after Chrissy Teigen called out its confusing lyrics on Twitter.

It all started when Teigen tweeted the words from the familiar chorus on Friday, asking what on earth they meant. “I never wanna hear you say, ‘I want it that way’ cause I want it that way.’ He doesn’t wanna hear it because he is the one that wants it that way? He wants to be the one to say it? Also what is ‘it’?” she wrote.

The group responded with an explanation that was even more confusing than the original question — complete with a ’90s choreography GIF, of course.

“Don’t wanna hear you say that you want heartaches and mistakes… or to be 2 worlds apart,” the official BSB account tweeted. “We don’t want you to want ‘it’ that way — that’s the way we want it… for you to not want it that way.” Um, what?

On Sunday, BSB delved even further into the song’s meaning, with the boy banders telling ET that it is indeed a bit of a riddle.

“It means whatever each individual’s interpretation is, is what it means,” AJ McLean explained. “Chrissy is obviously a really big, big fan and we love you! Thanks for so much love and support. But you know, it’s one of those songs that doesn’t have to mean anything! It just doesn’t! It just works.” Does it, AJ?!

While Brian Littrell agreed that the song worked regardless of its lack of meaning, Kevin Richardson left it open to interpretation, saying, “It means something different to everyone.” Guess we’ll never know.

What do you think the lyrics to “I Want It That Way” mean? Let us know @BritandCo!