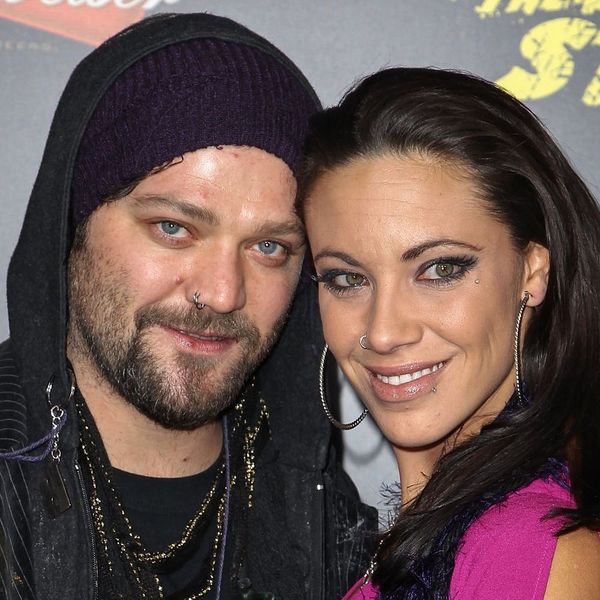 Who knew years ago that when Bam Margera was pranking dad Phil on Jackass and Viva la Bam, he’d someday have a son to call his own? The reality TV star, known for his wild stints in the Jackass franchise, is officially a daddy, having welcomed his first child with wife Nicole.

The proud papa took to Instagram to show off his little tyke snuggled up to his mommy, and, true to Bam form, his name is far from commonplace. “Phoenix Wolf,” he wrote in the caption.

It’s a name that has a special meaning for the couple, since they actually met at The Phoenix Theatre in Petaluma, California, where Margera’s brother, Jess, was performing songs with his band CYK, from their incidentally titled album The Phoenix. “I said it, and everybody liked it, so we stuck with that,” he explained to People back in September.

The happy parents later wed onstage at a 2013 concert in Reykjavik, Iceland, where Margera was performing.

Also in true Bam form, his own father, Phil, wasn’t too far, looking on from a guest chair while dressed as Santa: Some things never change!

We can’t wait to see if little Phoenix will prank his grandpa as his dad once did!

What do you think of the name Phoenix Wolf? Share with us over @BritandCo.

Nicole Briese
Nicole is the weekend editor for Brit + Co who loves bringing you all the latest buzz. When she's not busy typing away into the wee hours, you can usually find her canoodling with her fur babies, rooting around in a bookstore, or rocking out at a concert of some sort (Guns N' Roses forever!). Check out all her latest musings and past work at nicolebjean.com.
Celebrities
Celebrity News
Celebrities Celebrity Baby Celebrity Baby Names
More From Celebrity News