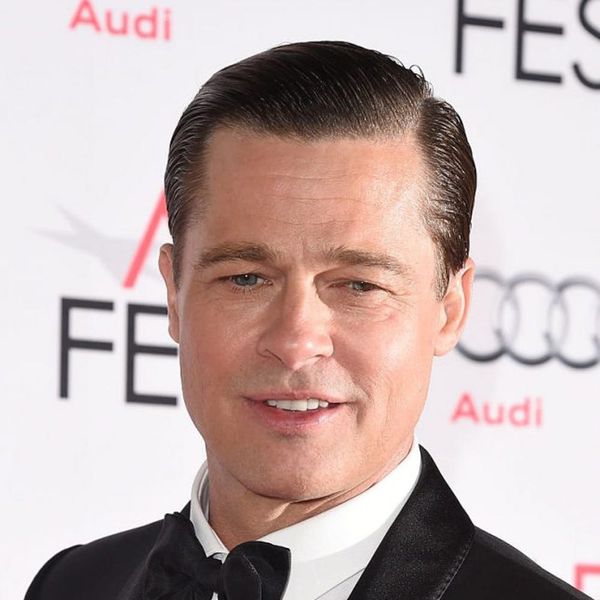 Nothing can bring a father and son closer together than sharing their unique baby name. And as it happens, an inordinate number of male superstars have been juniors (or IIIs or IVs — even Vs) — whether because the name was something to live up to, or an incentive to distinguish themselves as individuals. In anticipation of Father’s Day, we look at 13 stars who share their parent’s name and the various ways these baby name pairings have played out.

1. Alec Baldwin: As the oldest of the four Baldwin brothers, Alexander Rae Baldwin III was the logical inheritor of his dad’s name. Father A. Baldwin Jr. was a high school history teacher and Mayflower descendant. Alec’s only son Rafael is obviously not carrying on the family tradition. (Photo via Mike Windle/Getty)

2. Clint Eastwood: Clinton Eastwood Jr. is the son of a same-named steelworker, but macho Clint never used the Junior part of his name professionally. As with many — if not most modern fathers — the Jr. stops here.

4. Beau Bridges: Beau Bridges was born Lloyd Vernet Bridges III, at a time when his father was a major TV star. His parents nicknamed him Beau after the character of Ashley Wilkes’ son in Gone With the Wind. Beau has become a popular name on its own: It now ranks at number 2013 and has been used by such celebs as Art Garfunkel and Jamie-Lynn Sigler for their sons.

5. Brad Pitt: William Bradley Pitt is not technically a Junior because he has a different middle name than his dad, William Alvin Pitt. He also opted to use that middle name nickname to avoid confusion. (Photo via Jason Merritt/Getty)

6. Cuba Gooding Jr.: Cuba shares his unusual name with his father, a Motown R&B singer, but he named his own two sons Spencer and Mason. Cuba is a place name that has never caught on, but with the changed political situation, that could change too.

7. Busta Rhymes: Rapper/actor/producer Busta Rhymes was born with the much more conventional name of Trevor George Smith Jr. His only nod to family tradition was to give his three sons names starting with T: T’Zian, T’Khi and Trillian. Another rapper who was once a Junior (named for his stepfather) is Snoop Dog, aka Cordozar Calvin Boradus Jr; three of his kids have names starting with the Cor syllable. And there’s more — 50 Cent’s birth certificate reads Curtis James Jackson III, Common was Lonnie Rashid Lynn Jr and Coolio is Artis LeonIvey Jr, to name a few.

8. Will Smith: Will Smith was born not William but Willard Carroll Smith Jr. His first son, following tradition, is WCS III, but is known by the traditional nickname for a third, Trey.

9. Ramon Estevez: Actor Ramon Estevez, the less well known brother of Charlie Sheen and Emilio Estevez, is kind of a sideways Junior, as his father dropped his birth name of Ramón Antonio Gerardo Estévez when he became actor Martin Sheen. Charlie is the only one of his four kids to use his dad’s stage surname.

10. Usher: Did you ever wonder where Usher got his unusual name? Well, Usher Raymond IV came by it legitimately, inheriting it from Dad, Usher Raymond III. The singer did pass it on to his son, Usher Raymond V, known to all as “Cinco.” (Photo via Mark Davis/Getty)

13. Will.i.am: William James Adams Jr had fun with his inherited name (from a father he never met), being one of the first celebs to play with punctuation.