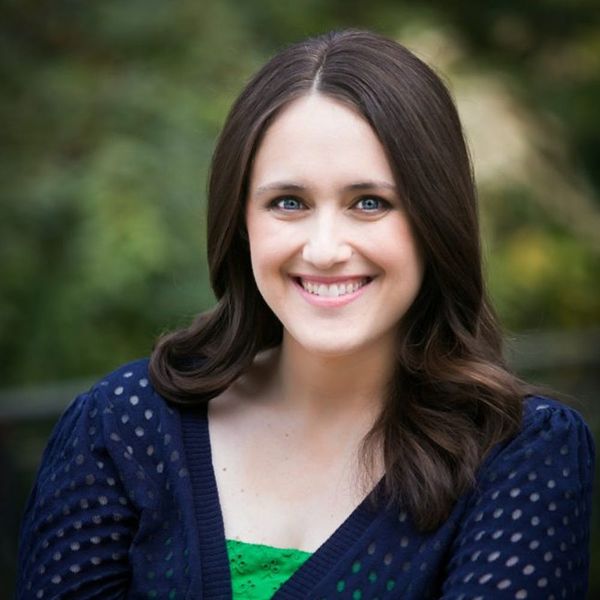 Unrequited love: It’s the stuff that inspired our most angsty diary entries and our most dramatic (and failed, TBH) romantic plans. It’s also the premise behind Becky Albertalli’s newest novel The Upside of Unrequited, which tells the story of twins who find all kinds of love — unrequited and passionate — when they least expect it. It’s a read that will have you giggling, reflecting back on your first crushes, and most importantly, rooting for Molly and Cassie until the very last page.

If Albertalli’s name sounds familiar, it’s probably because she’s also the author of Simon vs. The Homo Sapiens Agenda, which is being made into a movie with major actors like Jennifer Garner and Colton Haynes. We caught up with the brilliant author and chatted about creativity, lady heroes, and more. Scroll on to learn more about Albertalli.

BA: I have a desk that I totally don’t use. I write in my bed! I actually tend to keep somewhat regular work hours. I do my best writing when my kids are at school, though. I squeeze more in whenever I can.

BA: I am a huge fan of what author Stephanie Perkins calls “love lists.” For me, I have to find my way back to loving the story I’m working on, even when it’s driving me crazy. I make playlists and Pinterest boards for the same reason.

BA: I have so many heroes, but here are two in particular. They’re both fellow YA authors, and I’m lucky enough to be close friends with both of them.

Angie Thomas, author of The Hate U Give. She debuted at number one on the New York Times bestseller list, has earned unprecedented critical acclaim, and has a movie in the works — but, most importantly, she’s a fierce, outspoken advocate for black teens. (Editor’s note: Check out Angie Thomas’s interview with Brit +Co!)

Aisha Saeed, author of Written in the Stars. She writes fearlessly, is an incredible parent to her three kids, is tirelessly active in local and national politics, and she speaks about being a Muslim Pakistani-American with wisdom and humor.

My grandpa's neighbor was worried about nuclear war in the 60s and he built a bunker in his backyard. My grandpa built a giant treehouse.

BA: Other than lovingly checking in on my Simon vs. The Homo Sapiens Agenda movie cast members, my social media obsession is definitely Bess Kalb’s Twitter account, @bessbell. Bess is actually the first cousin of my first cousins, so I’ve met her a bunch of the times over the years. She’s now a writer for Jimmy Kimmel Live!, and she tweets very motherly replies to our president’s unhinged Twitter rants.

B+C: Can you name a book that you think deserves a little more love and recognition?

BA: Normally, when I get this question, I’m quick to recommend How to Repair a Mechanical Heart by JC Lillis. (My most foolproof recommendation for Simon Vs. The Homo Sapiens Agenda readers). But I’ll mix it up today and recommend JC Lillis’s most recent masterpiece, A&B!

BA: Right now, I’m finishing up Tristina Wright’s absolutely amazing 27 Hours, out this October. Next up will be Gem & Dixie, Sara Zarr’s latest!

What advice do you have for aspiring creative ladies?

BA: Create with honesty and vulnerability. Worry later about what others will think.

Angela Velez
Angela is an MFA Fiction candidate at the University of Pittsburgh. You can find her reading obsessively, wandering bookstores and watching melodramatic television.
Books
Home News
Books interview