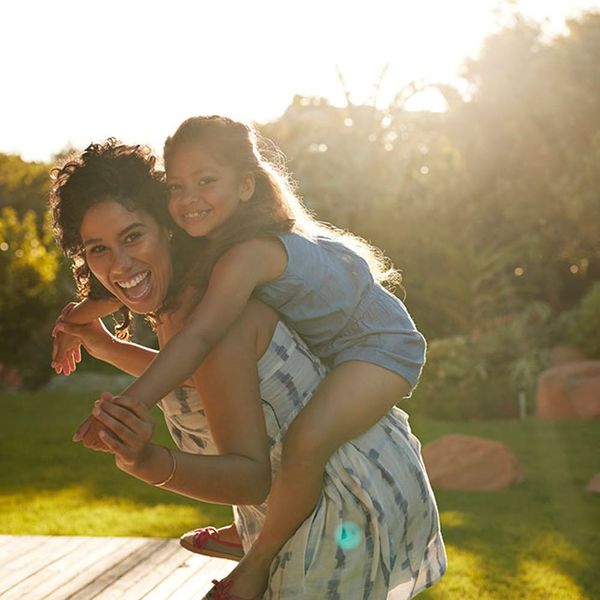 Did you know that a whopping 80 percent of Americans have siblings? That means only children, making up a mere 20 percent of the US population, are in the minority. But just because only children are fewer in number doesn’t mean they have a disadvantage. In many ways, only children actually have their solo status to thank for their unique skills, interests, and personality traits.

Of course, like anything, being an only child has its pros and cons. On one hand, not having siblings can bring the potential for loneliness and boredom — not to mention all those stereotypes about only children being selfish or spoiled by their parents. But on the other hand, growing up as an only child can be a major asset, in childhood and even down the road as an adult.

Curious about the benefits of growing up in the 20 percent? Here are a few of the best parts of being an only child.

1. You learned independence at an early age. While being an only child can definitely get lonely — without siblings, there are no built-in playmates — there’s an obvious upside to being alone all the time. Growing up as an only child can foster a sense of independence and self-confidence. Without brothers and sisters around, you had to learn new things all on your own, rather than following a sibling’s lead. Having had this experience means that you are probably confident in trying new things and have a healthy ability to take risks as an adult.

2. You defy people’s expectations about you. Being an only child comes with an unfortunate set of stereotypes. For example, some might assume that only children aren’t good at sharing. But often, the opposite is true: Many only children are extra generous with their belongings and time since they didn’t have brothers and sisters to share with when they were a kid. There’s also the belief that only children are spoiled. The truth is, without siblings around to share chores, only children probably had to shoulder more responsibility in their families! Plus, any child can be spoiled, regardless of whether or not they have siblings.

3. You’ve always been an expert at interacting with a variety of people. From an early age, your independent nature likely lent itself to confidence in social interactions. If you didn’t have the safety net of other kids around all the time, you probably developed the ability to engage with people who were different than you — whether an older cousin, an elderly neighbor, or your parents’ friends — so there’s a good chance you’re still amazing at establishing meaningful connections with everyone you encounter, from grocery store cashiers to coffee shop baristas.

4. Creativity is second nature to you. Since you didn’t have the luxury of a brother or sister to entertain you, you likely had to get creative with your free time as a kid. Using this type of imagination and resourcefulness as a child can set you up to enjoy and excel at creative projects as an adult, from working on renovations around the house to planning weekend road trips with your friends.

5. You value intimacy in your relationships. There’s a positive side to the loneliness that can be a part of life as an only child: the desire for deep connection in other areas of your life. Because you didn’t have the automatic ties with siblings growing up, you probably treasure your friendships (and relationship with your significant other) like no one else.

6. You have a special bond with your parents. Without a house full of family members vying for a moment with mom and dad, chances are, at least some of the time, you had your parents’ full attention. If you’re lucky, this close relationship with your parents carried over into adulthood, evolving into a one-of-a-kind friendship.

7. You love being around people, but you’re also totally fine being alone. Depending on your personality type, you may crave crowds or time alone in varying measure. But because you’re an only child, you’re likely pretty good at both (maybe you’re even an ambivert). Since you grew up without the chaos of running around with siblings, you likely crave some degree of interaction and excitement. On the flip side, you’re totally used to hanging out and doing things by yourself. Which means that you get the best of both worlds.

What’s your favorite thing about being an only child? Tell us @BritandCo!