Bernie Sanders Is Officially a Frontrunner for President in 2020 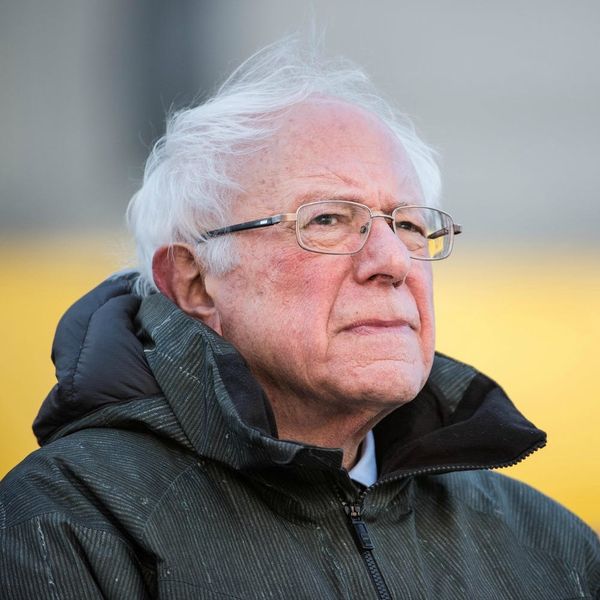 Independent Vermont Senator Bernie Sanders officially announced his bid for the 2020 Democratic presidential nomination Tuesday, February 19. With his announcement, the 77-year-old Sanders becomes a frontrunner in an already crowded playing field — a much different starting position than in his unsuccessful 2016 run against former presidential candidate Hillary Clinton.

“I’m running for president because a great nation is judged not by how many billionaires and nuclear weapons it has, but by how it treats the most vulnerable — the elderly, the children, our veterans, the sick and the poor,” Sanders wrote in an email to supporters announcing his bid.

And much like his competitors, Senators Amy Klobuchar and Cory Booker, Sanders’ message is about unity and togetherness, pushing for change that will help all Americans. He continues to remain vocal about opting for grassroots fundraising over corporate super PACs in order to show voters that they have the power to make change.

I'm running for president. I am asking you to join me today as part of an unprecedented and historic grassroots campaign that will begin with at least 1 million people from across the country. Say you're in: https://t.co/KOTx0WZqRf pic.twitter.com/T1TLH0rm26

Sanders’ campaign platform during the last presidential election was considered uniquely far left. Now, his goals and political agenda — including Medicare for All, a $15 minimum wage, and campaign finance reform — are key talking points across the Democratic party. No longer an exciting outlier, Sanders enters the 2020 race as a perhaps unexpected elder statesman of progress.

In an interview with CBS This Morning, Sanders explained that he’s plans to run on the progressive policies he rolled out during his last campaign. He also made clear that the 2020 election comes with high stakes.