7 Book Series That Will Rekindle Your Love of Reading 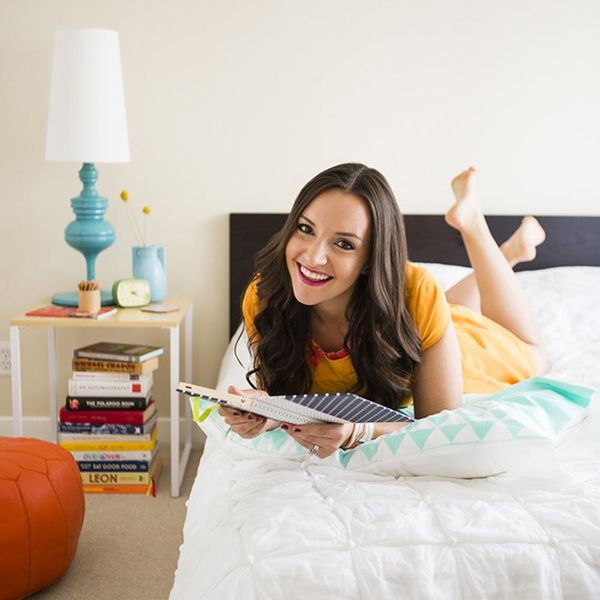 National Reading Month has us thinking about books that made us fall in love with reading to begin with. To quote a friend’s college application essay (yes, I loved it so much that I remember it to this day), “it was Harry Potter that sparked my love of reading, which in turn sparked a lifetime love of learning.” Giving kids books they are excited about is essential to foster a love of reading, and J.K. Rowling managed to do that for an entire generation. Forget the piles and piles of money — that’s the accomplishment she can hang her hat on. But what about now that we’re semi-adults?

Where is the big-kid Harry Potter that will challenge our imaginations and keep us up with a flashlight way past bedtime? Granted, I’m a big fan of YA books, and I’m not saying you can’t just read Harry Potter again and again. Be my guest! But if you’re lacking inspiration in the reading department lately, here are some series that are sure to captivate you the way our beloved Harry Potter once did. I love the classics, but I get it. Sometimes you just need a great story.

1. The Magicians Trilogy by Lev Grossman: This is the New York Times bestselling series that seems to inspire either passionate devotion or extreme dislike. I’ve been approached by friends who have told me I need to read it immediately, and others who have said I would absolutely hate it. Naturally, that contrast makes it next on my book list. If you want a taste of Grossman before you begin, go read his fantastic Buzzfeed essay, “How Not To Write Your First Novel.”

2. Song of Fire and Ice by George R.R. Martin: So there’s this book called Game of Thrones, have you heard of it? Whether you’re a fan of the show or not, if you want to get swept up by one of the most talented fantasy writers alive (possibly ever), grab that box set and get reading. If you aren’t normally a fantasy reader, I’ll leave you with this: “It’s the only fantasy series I’d put on a level with J.R.R. Tolkien’s The Lord of the Rings . . . It’s a fantasy series for hip, smart people, even those who don’t read fantasy” (Chicago Tribune).

3. The Divergent Series by Veronica Roth: The second movie, Insurgent, just hit theaters on March 20th, so now is the perfect time to get caught up on the trilogy behind the series. (Especially because, even though I personally enjoyed it, the reviews are worse.) Writing-wise, Veronica Roth is no J.K. Rowling, but the book series is definitely the way to go on this one.

4. The Firebird Trilogy by Claudia Grey: If you’ve already devoured Hunger Games and Divergent and are looking for another epic female-led trilogy to obsess over, look no further than A Thousand Pieces of You. You’ll be getting in on the ground floor of this one since only the first book is out, so you can be an OG fan when it inevitably gets made into a movie. Our hero Marguerite Caine’s physicist parents are known for inventing the Firebird, a device with allows users to jump into multiple universes. But then Marguerite’s father is murdered, and the killer—her parent’s handsome, enigmatic assistant Paul—escapes into another dimension before the law can touch him. You best believe Marguerite is about to travel through space and time to catch him.

5. Tess Monaghan Series by Laura Lippman: Crime fans and critics have been falling in love with “accidental PI” Tess Monaghan ever since Lippman’s bestselling crime series debuted in 1997 with Baltimore Blues. The twelfth and most recent addition to the series, Hush Hush, was just released in hardcover a few weeks ago, so if you start this series you’ll have a full TBR shelf in no time! Lippman was a twenty-year veteran reporter for the Baltimore Sun when she published the first seven books in this series. Can you say #GirlBoss?

6. Dublin Murder Squad Series by Tana French: Another Edgar Award winner (just like Lippman), Tana French began her bestselling crime series in 2007 with the truly terrifying In the Woods. Seriously, check this out: “As dusk approaches a small Dublin suburb in the summer of 1984, mothers begin to call their children home. But on this warm evening, three children do not return from the dark and silent woods. When the police arrive, they find only one of the children gripping a tree trunk in terror, wearing blood-filled sneakers, and unable to recall a single detail of the previous hours.“ If you’re into creepy crime novels, this is top of the line.

7. Kingkiller Chronicles by Patrick Rothfuss: I’ve been told over and over again that if you’re going to start a fantasy series, especially if that isn’t something you usually read, you need to make it Rothfuss’ Kingkiller Chronicles trilogy. It just finished up this past October, so you have three “breathtakingly epic stories” (Publishers Weekly) ahead of you. “The Name of the Wind is quite simply the best fantasy novel of the past 10 years, although attaching a genre qualification threatens to damn it with faint praise. Say instead that The Name of the Wind is one of the best stories told in any medium in a decade” (The Onion).

What is the most captivating book series you’ve ever read? Share with us in the comments below.

This post was originally published on Levo League by Kelsey Manning