The Harry Potter Series Just Got a Gorgeous Illustrated Makeover 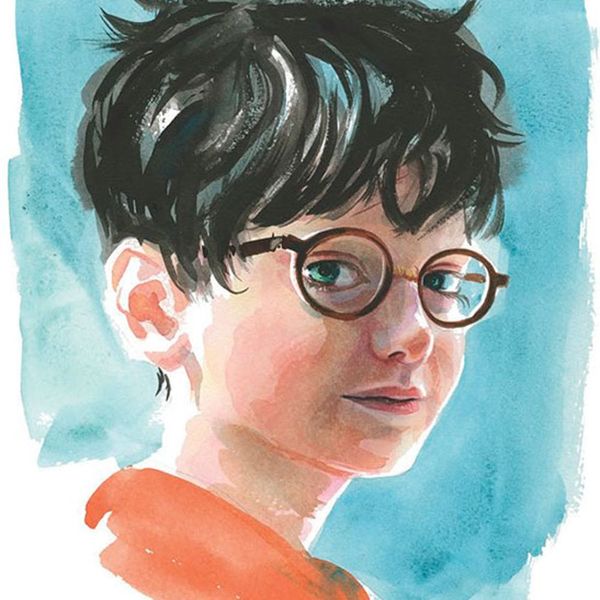 For those of us who have grown up with the Harry Potter books and films, it’s basically engrained in our brains that Daniel Radcliffe’s face is Harry Potter. Emma Watson is Hermione, etc. So when news that completely new illustrations for the beloved series were in the works, we had mixed feelings. But folks, we’ve seen the pictures and they’re pretty great.

The six new illustrations by Jim Kay are just a teaser for the first fully illustrated edition of Harry Potter and the Sorcerer’s Stone. While HP doesn’t look exactly how most of us picture him, all the characteristics described in the book are all there: unruly, jet black hair, vibrant green eyes and a generally loveable face. In addition to The Boy Who Lived, publishing houses Bloomsbury and Scholastic have also released illustrations of Ron Weasley, Hermione Granger, Draco Malfoy and Rubeus Hagrid (Draco is looking extra evil with a giant, egg-shaped head).

Jim Kay has previously won the Kate Greenaway Medal for his work in the children’s book A Monster Calls by Patrick Ness. When he received news that he had been selected to illustrate this new picture book, he admitted to the Guardian that he felt “an explosion of delight, followed instantly by an implosion of brain-freezing terror.” We don’t blame you, dude. HP fans are no Beliebers, but they’re still pretty protective of their chosen obsession.

But from the looks of these samples, it seems like the results are going be pretty epic – J.K. Rowling has even given them her stamp of approval. The first full-color, fully illustrated version of the book will hit shelves on October 6 of this year, so unfortunately we’re going to have to wait a while to see Kay’s interpretations of the rest of our magical friends. However, the good news is you can plan on a lot of HP eye candy coming your way over the next few years; the publishing houses also announced that they plan to publish all seven books in this picture-heavy way.

Cortney Clift
Cortney is the senior writer and special projects editor at Brit + Co. She typically covers topics related to women's issues, politics, and lifestyle. When she's not buried behind her computer you'll find her exploring New York City or planning her next big adventure.
Books
Parenting
Books Harry Potter