The Top 25 Looks in Celebrity Hair from 2016 in Review 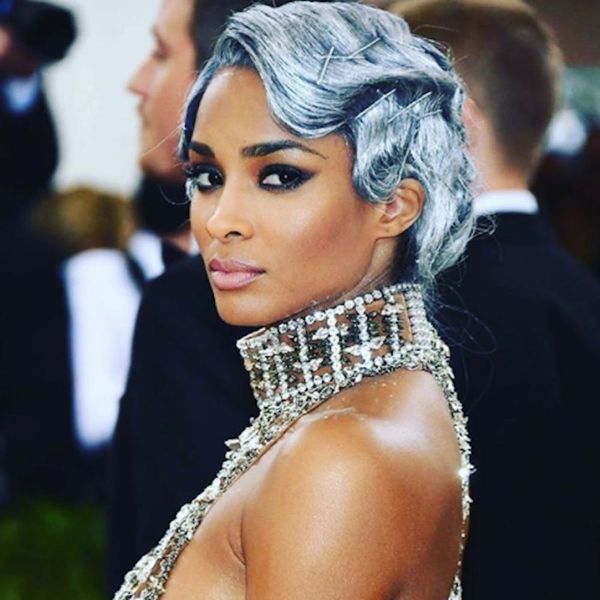 There are countless ways to describe the revelry that 2016 brought to the world of celebrity hair. Some might call it the year of the lob, what with Kendall and Cara and the slew of other A-listers that went under the scissors. Others are still reveling in the natural hair and beauty spotlight. There were topknots, heavy bangs and center-parts galore, onto wet-looking hair, blunt cut shags, brand new hair extensions — and more! With countless hairstyles to revisit and admire, let’s turn our attention now to the stars whose locks modeled the looks best. Take a peek at 2016 in review through the 25 most unforgettable moments in celebrity hairstyles and ‘dos!

1. Kendall Jenner: We’ll start things off with the bob’s longer cousin, AKA the lob. It was a major moment in Hollywood’s hair (and the moment that prompted our own haircuts) when Kendall went under the scissors and reemerged looking refreshed and fabulous with her voluminous new lob.

Couldn't be any luckier to spend #wcw with all these beautiful ladies @PatiDubroff @Chelsmeistergeneral and @Mararoszak. Thank you @WhoWhatWear and @byrdiebeauty for bringing us together and @Orchidhair for my insane hair color. I'm now more obsessed than ever #glamgirls...

2. Lily Collins: When Lily dyed her hair this red haute shade of merlot to match the season’s trendy vampy lip, she forever earned herself a place in our fashionista hall of fame. We fell in love with the way her chic burgundy waves paired with her gothic black lace dress for a look we dubbed “edgy-pretty perfection.”

My New Album: HERE 🎹 Out 11/4. My most raw and honest creation yet! Pre-order to receive my new song Blended Family (What You Do For Love) today 💜 #LinkInBio

3. Alicia Keys: It was a breakout year for the natural beauty movement, which was championed by Hollywood’s beloved Miz Keys. The songstress inspired half of Hollywood (seriously!) with her makeup-free pledge and then proceeded to wow us all with this stunning shot of natural hairspiration.

#DIORxRihanna in stores now and online at DIOR.com

4. Rihanna: Our hair-loving hearts all but stopped for a moment when Bad Gal RiRi went blonde. While many other stars made the transition to bronde — Kimye and Kylie included — RiRi’s luminous complexion made her hair color glow in a lob-length style with bangs like absolutely no other.

5. Lea Michele: Keeping it real for long-haired babes, Lea Michele rocked the mermaid off-duty look with her luscious beach-ready waves. With so many instababe-worthy moments, Lea’s hair might just be the breakout star of 2016.

6. Kendall Jenner: Kenny totally became our favorite Kardashian sister in 2016 for her flawless natural beauty and more than a few moments of serious hair-babe status. We loved every bit of this elegant ensemble, from her hair’s piece-y overgrown bangs to the rest of her loosely pulled-back ‘do.

7. Ashley Benson: Let’s all take a moment of silence in honor of the topknot, as 2016 was a landmark year for the style cool girls preferred. We la-la-love Ashley’s formal knotted take on the look with her hair slicked back into flyaway-free fabulousness.

8. Lupita Nyong’o: Lupita’s gravity-defying hairstyle from the 2016 Met Gala was the most memorable hairstyle of the night — possibly the year. The beauty deserves some major props for stepping onto the red carpet (and into the world’s spotlight) with the mind-blowing ‘do of the hair-a. Ahem, era.

9. Miranda Kerr: Miranda debuted a bob-length cut that was parted on the side with gorg feminine waves. Her newly shorn do with some sunkissed strands balayaged into the mix lent her a young and playful look that we just can’t get enough of.

10. Elsa Hosk: Elsa and her beachy flaxen waves of gold had a truly standout year. She totally rocked this flower crown game-changer, which was styled atop her silky strands for a look of pure magic.

11. Kendall Jenner: Sorry, not sorry — she did it again, with this too-good-to-be-true knotted pony. Kendall nailed the center-parted low-pony trend in this rocker-chic look, embellished with three micro-bouffants down the back.

Balenciaga. No make up today.

12. Kim Kardashian West: Kim sadly dipped out from the world of social media, but she still made waves before she left in this “au natural” look. She literally defies reason and looks amaze while she does it by wearing long AF hair extensions styled “naturally.”

Stars in my eyes and stars in my HAIR?! Yes please. Check out @teenvogue to see how you can get this lewk created by the Kween @kristin_ess (& @kdeenihan -- @markgirl )

13. Lucy Hale: While Lucy has some of the freshest tresses in the biz, we still totally lost it over this cute look. Much to our starry-eyed delight, she stepped up the center-parted low-pony trend with those dazzling hair gems FTW.

14. Ruth Bell: This buzz-cut babe was a model to watch in 2016, and we’ll tell you why. While she eschewed tradition and defied expectation with this decidedly nontraditional hairstyle, it highlights the features on her impossibly pretty face, allowing us to enjoy her refreshingly unique look of natural feminine beauty.

Thanks To My Team. 'Twas A Fun Time Playing With Fashion, Hair, and Make Up In The #MetGala World. @hm @yolondafrederick @cesar4styles @hannai_me

15. Ciara: Ciara’s metallic silver hairdo at the 2016 Met Gala was one of our favorite hair moments of the year. She nailed the futuristic theme of the artsy event with a glamorous and glittery ensemble that was topped by this one-of-a-kind sparkly cousin of 2016’s grombre haircolor trend.

16. Naomi Campbell: Naomi is obvi mourning the loss of her signature long glossy mane, but the drastic departure from her usual look is what we love most about this jaw-dropping style. The diva still slays post-hair transformation in this Marie Antoinette-era wig.

17. Kylie Jenner: Speaking of wigs, King Kylie had a field day making wigs happen in Hollywood this year. She sported her lime green wig-of-the-moment so often that it made its way into hers and Kendall’s app.

18. Whitney Port: The reality star turned real-life fashionista killed it with this adorable pint-sized topknot. The chic and sophisticated style is sufficiently versatile to wear out during the day, but doesn’t scrimp on the glam factor at night.

19. Nicki Minaj: Nicki debuted Marc Jacobs’ high fashion topknot, rocking this jumbo-sized hair art for a photoshoot. We think it’s perfect for her larger-than-life style, but we’ll let the photos speak for themselves.

Last night @baby2baby Gala was our best yet! Thank u @emilyandmeritt 4 putting this beautiful look together @davynewkirk 4 the gorgeous braid and @kiranasrat for the romantic makeup

20. Jessica Alba: This year we saw fabulous braids of all shapes and sizes, but this formal take on the messy boho-braid was one of our faves. Jessica’s loose, messy braid falls halfway down her back, with the hairstyle completed by a true-to-trend center part.

21. Kate Bosworth: Kate is a vision of polished perfection with her ultra-smooth and shiny slight-bouffant updo. We can always count on Kate to be a real class act, and this look of hers is a 10.

22. Lily Aldridge: Slicked-back center parts were a staple on the red carpet this year, and no one owned the look quite as elegantly as Lily. She could be a muse in minimalist style, with her ultra-chic hairstyle lending a touch of balance and symmetry to the overall OMG quality of her look.

23. Rihanna: Holy hottie — these extensions on Rihanna are everything. Styled formally with gorgeous red accents, this entire look of RiRi’s looks so good it must be bad, kinda like the popstar herself.

24. Solange: Queen Bey’s little sis also happens to be the artsiest It-girl we wish we knew. Who wasn’t floored when she debuted this memorable look for the release of “Don’t Touch My Hair?”

25. Leomie Anderson: Duh, we haven’t forgotten about the bubblegum pink burst of hair color we saw on our girl Leomie. We were just saving the best for last with the prettiest trend in hair pigment ever.

What was your favorite look in celebrity hair from 2016? Show us on Pinterest!