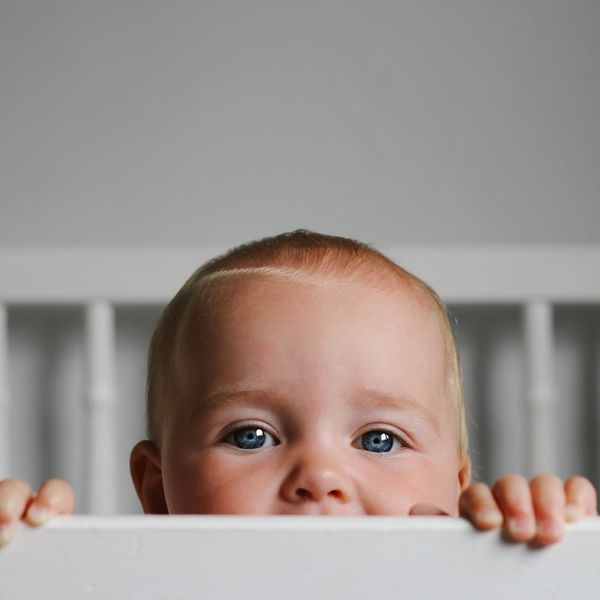 The biggest baby name trends of 2019 include names from new sources around the world and in nature, trends reflecting modern spirituality and nonbinary ideals, an F and a U, and a goodbye to a longtime favorite group. Here are Nameberry’s predictions for the 12 leading trends shaping baby names in 2019, along with name examples for each trend.

1. Biggest Big Picture Trend – Global Names: As the world gets smaller, the pool of names becomes larger, with new names from ever-more-diverse origins entering the global lexicon. At Nameberry we’ve added thousands of new names from around the world: Maori names and Xhosa names, ancient Greek names and South American Indian names, Korean names and Israeli names. With the appetite for meaningful and unique names expanding all the time, parents are looking for original choices with deep roots.

2. Newest Gender Bend – Nonbinary Names: Parents who want to raise their children free of gender stereotypes are looking for names that are truly gender neutral. That means no names that end in son like Madison and no names that were originally boy or girl names that have migrated to the other side, such as Charlie. And if the names also embody a gender-free ideal such as Justice, all the better.

3. Hottest Direction in Baby Naming – East: Names related to Eastern religions and non-European mythology have taken over from biblical names and saints’ names as spiritual favorites. The mainstreaming of yoga, meditation, and non-traditional spiritualism underpins the trend, along with a search for meaning that transcends the name’s surface qualities such as style and sound.

4. Coolest New Color Names – Muted Hues: All color names for babies are, well, colorful, but we’re beginning to see a shift in tone as vibrant shades like Scarlett and Ruby and Poppy are giving way to softer pastels. Grey/Gray is starting to replace Blue as a first and middle color name du jour, while popular Violet has been joined by other vintage pale purplish hues. Another prediction: More Crayola names for boys.

5. Richest New Nature Names – Rare Gems: For a long time, the most popular jewel names have been those usually assigned to girls — Ruby, Pearl, Amber — all of which came into favor at the turn of the last century, along with flower and other nature names. But one of the most interesting new areas to be mined is the more unusual gem names which can be not only for girls but also for boys (or sometimes both).

6. Latest Vintage Trend – Old-School Nickname Names for Boys: We’re seeing charming vintage boy nickname names like Archie and Alfie and Freddie beginning to join their sisters Millie and Maisie and Josie, but more surprising to us is the nascent revival of early 20th-century faves like Johnny and Jimmy and Billy on birth certificates, names which once were confined to comic strips and old radio and TV shows. Even more startling is the reappearance of some generic/badass appellations now appealing to the hipster sensibilities of celebs and others.

7. Most Fashionable Consonant – F: For a letter that had been sitting quietly in the shadows for decades, F has suddenly rocketed forward, particularly for boys, and particularly for boys’ names of Irish descent. And then there’s the whole Family Fran, which started to take off after the election to the papacy of Pope Francis and led to the revival of several surprising half-forgotten Fran names. Fashion-forward names starting with F include the following.

8. Coolest Vowel – U: U finally gets its turn in the spotlight this year. As a first initial, U is the least-used letter of the alphabet, and it hasn’t featured in any major baby name trends in… forever. But now u — and its “oo” sound — features in many newly stylish names. Is it the influence of little Prince Louis? His unexpected name may have simply upshifted the trend to major.

9. Trendiest Name Length – Three Letters: Four letters might be a marker of name popularity, a la Number 1 Emma and Liam, but minimalist three-letter names are the sleek, sweet names of the future.

10. Wildest Middle Name Trend – Animalia: Parents who want to add a touch of fierceness or individuality to more conventional first name choices are turning to the animal kingdom for the wild vibe. As in many other trends, celebs have led the way, starting with Mariel Hemingway’s daughter Langley Fox back in 1989 to the number of more recent starbabies bearing Bear as their middle name.

11. Trendiest Trend-Related Trend – Celebrity Surname-Names: Celebrities have influenced baby names since the days of Shirley Temple, and surname-names such as Morgan and Carter have been rising since the conservative 1980s. Now those two trends have combined into one megatrend: Celebrity surnames for baby girls and boys. Goodbye, Shirley; hello, Temple.

12. Trend Ready to Jump the Shark – Em- Names: We predict that baby namers are about to become all Emmed-out when it comes to baby names in 2019. After all, we had Emily in the Top 25 for 35 years, at #1 for 12 of them. Then came Emma, in the Top 25 since 1998, and still reigning in first place. A number of dueling Em- names followed in their wake, and we predict that the consensus is about to be that enough Em is enough.

What baby name trend is your fave? Share it with us @BritandCo.