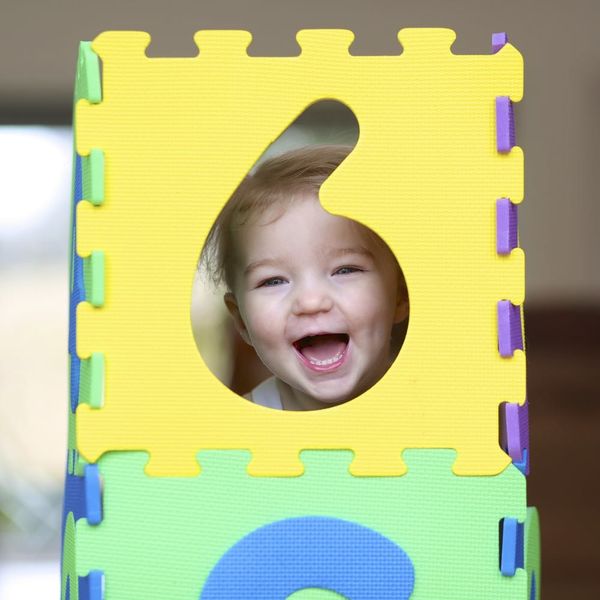 But numeric baby names work for many reasons. They might commemorate a significant date (like your anniversary), symbolize good fortune, have spiritual meaning or even remember a favorite athlete’s jersey number.

Here are some of the best number names, from the familiar to the unexpected.

1. Una: Una comes from the Latin word meaning one. It also sounds like the Irish Oona, and fits right in with stylish mini names like Ava. Other names inspired by the number one include Hana, from the Korean word for the number, and Primrose, which means first rose. Naming a son? Primo is an Italian name meaning first, though it can also indicate excellence.

3. Tressa: It sounds like Tessa with an added ‘r’, but Tressa is a Cornish word meaning third. For boys, there are a handful of names traditionally associated with the son of a junior, including Trace and Tre/Trey which come from the French word for three, while Trip/Tripp comes from triple. Tripp and Trace, especially, have graduated from nickname status to stand as independent names.

4. Ivy: The Roman numeral for four (IV) makes Ivy, Iver, and Ives good options. Other suggestions abound: Dru or Drew, from quaDRUple; Quade, from the prefix quad-; Ford, from fourth; Court, for quart; and Clover, as in the lucky four-leaf variety. Race car driver AJ Foyt IV answers to Quattro, which might shorten to Ro/Rowe. Divergent gave us a character called Four, though his real name is Tobias.

5. Finn: A five-dollar bill was once called a fin. Amazing Race alums Ernie and Cindy Halvorsen used this logic when they welcomed son Ernest “Finn” Zhang, the fifth Ernest in their family. Singer Usher’s son Usher V answers to Cinco. Other possibilities include Quinn, Penn (from the Greek penta-), Nick (from nickel) or maybe just plain Five. The Novogratz design family made this choice for their fifth child.

6. Sia: Australian singer Sia — rhymes with Mia — Furler has put her name on the list of possibilities, but did you know it’s also the Scottish Gaelic word for six? The Greek prefix Hex might be an option, though a bold one. June, the sixth month, or Juno, the goddess for which the month is named, could offer a subtle connection to the number. Sixtine is a French girl’s name, though it sounds more like sixteen than six.

7. Seven:Seinfeld’s George Costanza said he would name his child Seven, inspired by Mickey Mantle’s number. Erykah Badu and Andre 3000 named their son Seven Sirius way back in 1997. The Chicago Blackhawks’ number 7, Brent Seabrook, is dad to Carter Seven. Victoria and David Beckham named their daughter Harper Seven, not only for Dad’s jersey number but for the many positive associations with the number. Other names that mean good fortune might also work: Asher, Felix and Felicity.

8. Octavia: While many of the Latin number names seem unwieldy, Octavia is very wearable, along with ancient names Octavian and Octavius. Otto, or many of the related names, sound quite close to all of those octo- names. The eighth month, August, might be another possibility. Here’s a rarity with an on-trend sound: Valo means eight in Malagasy, a language spoken in Madagascar.

9. Nina: Nina is typically a diminutive for a longer name, but it also sounds quite close to the number nine. Tara means nine in Hausa, a language spoken mainly in Nigeria. Nova is a Latin word meaning new, but it brings to mind the prefix novem, for nine. And Ennea is the Greek equivalent of novem-, only it sounds an awful lot like a name.

10. Dex: An abbreviation for decimal exponent, Dex refers to a factor of 10. It’s an edgy possibility in our age of Jax. For girls, Dixie is associated with the American South, but likely comes from the French dix, meaning 10. Decima means tenth, and might be almost as wearable as Octavia. Or a name starting with the Dec- sound, like Decker or Decca, might be a better choice.

11. Eleven:Stranger Things introduced us to a mysterious girl known as Eleven, and later Elle. It’s a scary story, and Eleven clearly isn’t meant as a given name. But if you’ve been watching the Netflix hit series, it’s easy to find yourself wondering if this isn’t wearable.

Would you ever choose a number name for your little one? Tweet us @BritandCo and let us know your favorites!