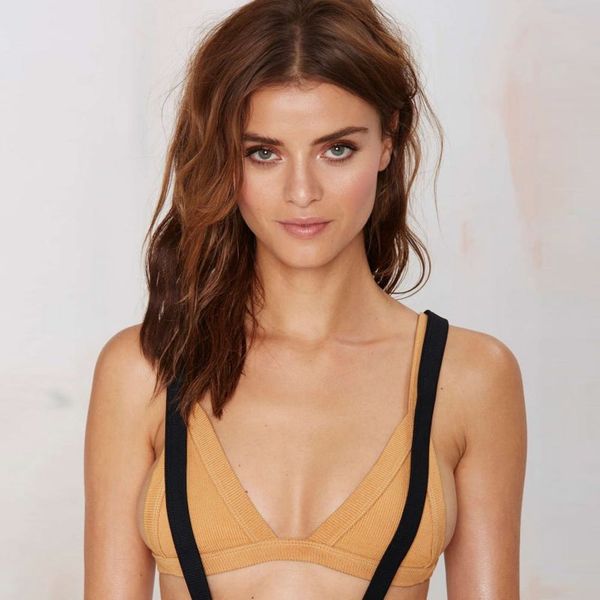 If seeing pictures of your fave celebrity’s kids all grown up doesn’t make you feel old, then this will: Etsy turns 10 this week. That’s right, the online mecca for all things handmade has been slinging straight-from-the-maker goods for an entire decade. To celebrate, they’re taking us on a major trip down memory lane.

Etsy compiled a list of the most-shopped trends from each year of its existence, and boy does it read like a sign of the times. Remember when everything came in an dreamy ombre wash, or how no home was complete without a woven wall hanging? Reminesce with us as you read the full list of the 10 most popular Etsy trends ever — but be warned, you may get swept up in them this second time around.

Octopi had a wacky reputation back in the day, but they’ve gone from go-to white elephant gift to having a more elegant vibe. Add a whimsical yet chic touch to your office space with this Gold Faux Foil Octopus Art print ($7) that would look next level in a gilded frame.

In 2006, cupcakes became the new bird; people were putting them on everything. Rep your sweet tooth without salting your style with these rose gold Cupcake Swing Earrings ($11). The cherry on top? These studs are spotted with pearl beads and rhinestones.

For whatever reason, the aesthetic that marries sci-fi tech with 19th-century style erupted on Etsy this year. And while we’re not really the cog-wearing types, we *can* totally see ourselves rocking a simple but statement-making Ribbed Harness ($45) to dress up an oversized tee or punch up a basic bikini top. And hey, if Taylor Swift has one in her clothing arsenal, so should you.

Whether it was a sleek and sporty fixed gear (like the one every scruffy guy you dated owned) or a classic casual cruiser, bicylces were a go-to graphic in 2008. Cruise straight into the heart of the rider in your life with Tandem Bike Gift Wrap ($20) — they’ll know you totally get them before they even see what’s inside.

Chevron exploded onto the scene in 2009 and has been a lingering trend ever since. But it’s been a minute since we’ve seen a modern take on the pattern. This Chevron Half Light Honey Chevron Hanging Planter ($44) eschews the traditional solid color blocking for an airier squiggle that gives the pattern more personality, especially with a cute little air plant sitting on top.

We all remember the vampire craze in 2010 thanks to Twilight. This Vampire Crown Ring ($58) is a subtle way to say you’re totally Team Edward.

Terrariums were all the rage four years ago, but who knew you could save yourself from getting dirt under your fingernails by just putting one of these awesome Terrarium Pendants ($44) on? You’re welcome!

Serious question: what do you own that isn’t ombre? We’ve seen the fade featured on everything from wooden kitchen spoons to wedding cakes, because let’s face it, it’s one of the easiest ways to make anything feel chicer. We’re loving this new twist on the color trend — a more segmented gradient like the one on this Palette Swatch Tea Towel ($32).

Once in a blue moon, we find a seriously cool way to wear moons. These Teeki Moon Dance Leggings ($78) add an instant cool factor to otherwise basic leggings.

Wall art got its most major upgrade yet when wall hangings hit the scene: these woven wonders added texture, dimension and typically lots and lots of color to anywhere they’re hung, and the best part is, they’re pretty easy to DIY. Yep, you can make this very piece with this Wall Art Weaving Kit ($75) — it makes the perfect #iamcreative selfie background, don’t you think?

Stacking jewelry is having a moment, so we’re not surprised to see that ear cuffs are majorly trending on Etsy. Get into the trend with this minimalist Double Line Ear Cuff ($58) that would look perfect paired with simple metal studs for your 9-to-5 or blinged out with rhinestones for your next GNO.

What’s the coolest thing you’ve ever bought from Etsy? Share your best buys ever with us in the comments below.

(Featured image via ObeyMyBrain on Etsy)

Beth Wischnia
You can typically find this Texan writing, trying on a new lipstick, gabbing with her identical twin sister or volunteering at the local animal shelter. She finds inspiration from rosé, beauty products, Tex-Mex and cats.
Etsy
Home News
Etsy