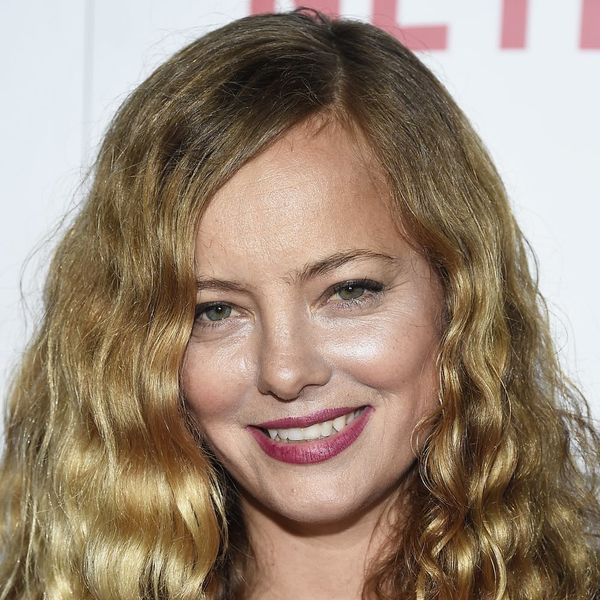 With allegations over everything from harassment to assault running rampant in Hollywood, we’re hearing the word “sorry” a lot more frequently these days. Raising Hope star Bijou Phillips, for one, just issued an apology to Mean Girls actor Daniel Franzese following accusations of homophobia and bullying.

Saying that he was inspired by Ellen Page, who shared her own experience with homophobia and sexual harassment at the hand of X-Men: The Last Stand director Brett Ratner over the weekend, Franzese opened up about the bullying he says he endured from Phillips on the set of his first film, aptly titled Bully.

Though it started out with just a few eye rolls, the Conviction star says things began to escalate when Phillips, now 37, repeatedly asked the actor, who was not yet out at the time, if he was gay. While he says both Michael Pitt and Brad Renfro stuck up for him, telling her to “shut up,” she was relentless enough that he felt the need to respond to say that he was bisexual.

Things got worse from there, with the star alleging that Phillips taunted him for both his sexuality and his weight, yelling, “Ewwww, gross!” when he took off his shirt for a scene they were filming. “She laughed and pointed and continued to berate me. They call cut and I had to walk offset to collect myself.”

Franzese also alleged that she knowingly invited him to her trailer to “apologize” while she was engaged in sexual activity with her boyfriend at the time, Nick Stahl, and that she “physically assaulted” him by twisting his nipples and purposely kicking him in the back of the head. “She was sitting behind me [barefoot and] kept rubbing her dirty feet on my neck. I kept swiveling the chair to move away from her and she kicked me as hard as she could in the back of the head. To this day, I’m not even sure if it gave me a concussion because I was lightheaded and dizzy for awhile.”

Though the 39-year-old said he’s seen Phillips since and “tolerated our obligatory greetings,” he admitted that the abuse he suffered left a lasting impression. “The way I was treated in that hostile work environment gave me PTSD that had me stay closeted for a long time.”

He went on to say that while he has spoken out about the abuse before, “I feel like it is always cut out of the article or never really heard.”

Phillips has since issued both private and public apologies to her former costar, telling TMZ, “I want to address what Daniel has said. I don’t remember that time well; those years are a blur. I was a teenager and reckless in my behavior. I know Daniel to be a trustworthy and honest person, and to find out through social media that I was not the friend I thought I was to him made me so sad.”

The actress went on to say, “I am so mortified by this behavior and have contacted Daniel and apologized to him privately. I am not and never have been homophobic. I have nothing but love for the [LGBTQ+] community and Daniel.”

Franzese, for his part, has not only accepted her apology, but is standing up for her in the wake of bullying he says she’s faced following his allegations.

Thread: I forgive @BijouPhillips because I don’t know her private story either. I shared this story only to bring light to a dark memory.

It was 18years ago. She has sent me an apology I accept. It would be nice to see her make a donation to @TrevorProject or something.

“I forgive @bijouphillips because I don’t know her private story either,” he wrote. “I shared this story to bring light to a dark memory.”

You do not respond to a bully with bullying. Some of you are out of control. Pull it together or I don’t need you support. #loveislove

He also addressed fans that would attack her, saying, “You do not respond to a bully with bullying. Some of you are out of control. Pull it together or I don’t need your support.”

What do you think of Daniel’s outlook? Share with us @BritandCo.

Nicole Briese
Nicole is the weekend editor for Brit + Co who loves bringing you all the latest buzz. When she's not busy typing away into the wee hours, you can usually find her canoodling with her fur babies, rooting around in a bookstore, or rocking out at a concert of some sort (Guns N' Roses forever!). Check out all her latest musings and past work at nicolebjean.com.
Celebrities
Celebrity News
Celebrities Controversy LGBTQ