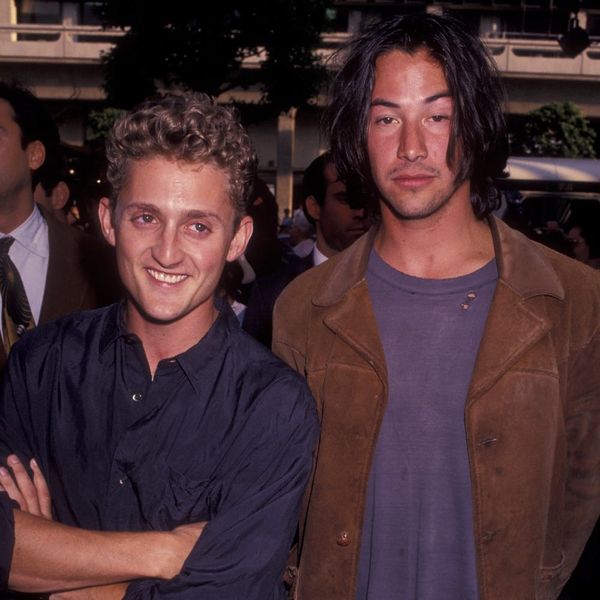 It’s been almost 30 years since Bill and Ted went on their first excellent adventure, and almost 27 years since their second. But the bodacious best friends are *finally* ready to return to the action in a third film called Bill & Ted Face the Music.

Back in March, Bill and Ted themselves, Alex Winter and Keanu Reeves, reunited for an interview with Entertainment Weekly to reflect on their 1989 cult classic comedy, which told the story of two friends who deliver the ultimate history presentation with the help of a time machine.

The actors told EW at the time that they were working on a third installment. “The whole trajectory of getting the next one off the ground has been pretty much exactly like the experience of getting the original,” Winter said. “Going to every studio, and they’re like, ‘What the eff is this?’ It’s this kind of independent spirit, and the films have an anachronistic quality to them that’s a big part of what they are, fundamentally. I’m really happy that this one is the same.”

According to reports, the new movie will be directed by Dean Parisot and written by Chris Matheson and Ed Solomon, who wrote both the original and its sequel.

When we meet up with Bill (Alex Winter) and Ted (Keanu Reeves) this time, the men will be middle-aged and still seeking the rock ‘n’ roll greatness we first glimpsed in the sequel. With the help of their daughters, they’ll embark on a new time-traveling adventure to fulfill their musical destiny and save the world.

“We couldn’t be more excited to get the whole band back together again,” Reeves and Winter said in a statement to Entertainment Weekly. “Chris and Ed wrote an amazing script, and with Dean at the helm, we’ve got a dream team!” Excellent!

Are you excited for Bill & Ted Face the Music? Let us know @BritandCo!