Bad Weather Might Be the Key to Finding a Valentine 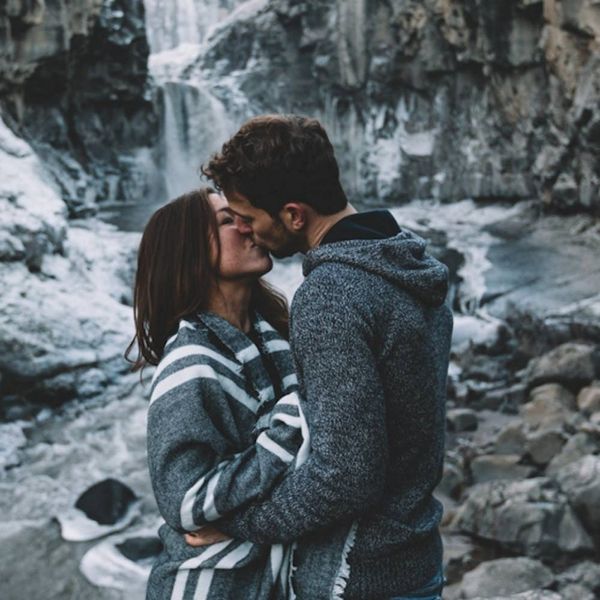 According to CNN, the dating app Happn had a 139 percent uptick in messaging in New York during winter storm Jonas, and a whopping 342 percent raise in messaging in Philly during the same weekend. Bumble, Tinder, Grindr and all other dating apps were also on the rise while the weekend’s 20+ inches of snow fell on the Eastern seaboard.

Some psychologists mention that the upswing in messaging could be treated as something of a time killer for people stuck inside, and that many meetups will never actually happen (hello to all those Tinder right swipes who’ve never pulled the trigger on a meetup!!!!), which makes sense. It also makes sense that more people would generally be bored or lonely during such an epic, life-stopping event (NYC had a traffic ban in effect, meaning no cabs, Ubers or subways).

While this might be a little bit of a downer, here’s something to cheer you up: Sometimes people *can* find true love during a snowpacalypse. During a massive, rare snowstorm in Portland, China Kirk and her husband-to-be had to quickly rearrange their first date plans since they were both stranded close to home in the same neighborhood. The date forced them to get more familiar quickly, with her now-fiancé bringing over floor pillows, board games and more to her new, barren apartment. The date lasted four days and they’re getting married this summer! Just goes to show you, anything can happen.

Tweet us any meet-cutes you’ve had during a blizzard over @BritandCo!