“Blue Crush” Is Being Turned into a TV Show 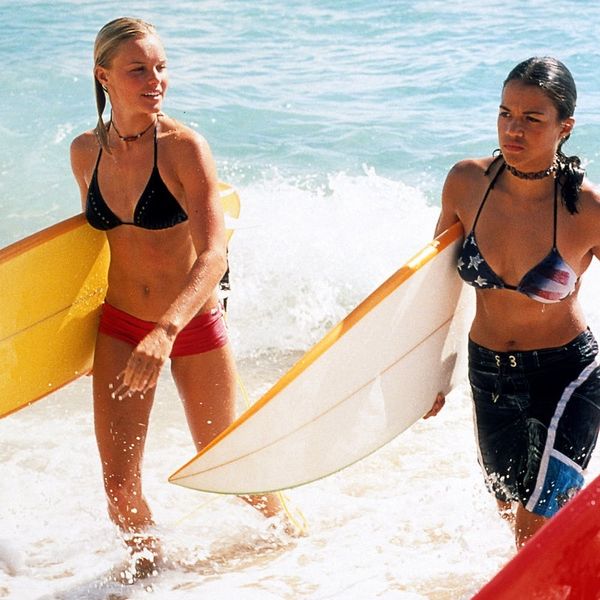 Another day, another nostalgic favorite being brought back to life! According to The Hollywood Reporter, NBC is working to bring the cult-classic surfer movie Blue Crush to the small screen as a TV series.

Originally released in 2002, Blue Crush helped launch a young Kate Bosworth’s career. It also starred Michelle Rodriguez and Sanoe Lake. The three actresses played ambitious young surfers trying to conquer Hawaii’s famous North Shore. Per THR, the TV adaptation will be a drama, written and executive produced by Hannah Schneider (The CW’s Reign). Brian Grazer, who was an executive producer on the original film, will return in that role as well.

A straight-to-DVD sequel that had little to do with the original movie came out in 2011, but the TV show will go back to the OG’s storyline of a young woman trying to rebuild her surfing career in Hawaii after a traumatic near-death accident stalled her.

Reboots continue to be all the rage on TV at the moment, with NBC’s Will & Grace making a hilarious comeback, Sister, Sister talks well underway, and a Roswell return in the works at The CW. Blue Crush is one of the most prominent film-to-TV adaptations we’ve seen in the nostalgia trend — and we’re very okay with it.

The Blue Crush TV show is still early in development, and no casting news or dates have been announced just yet — but you know we’ll be keeping our eyes peeled.

Will you watch a TV remake of Blue Crush? Let us know @BritandCo!