The CW Is Working on a “Roswell” Reboot 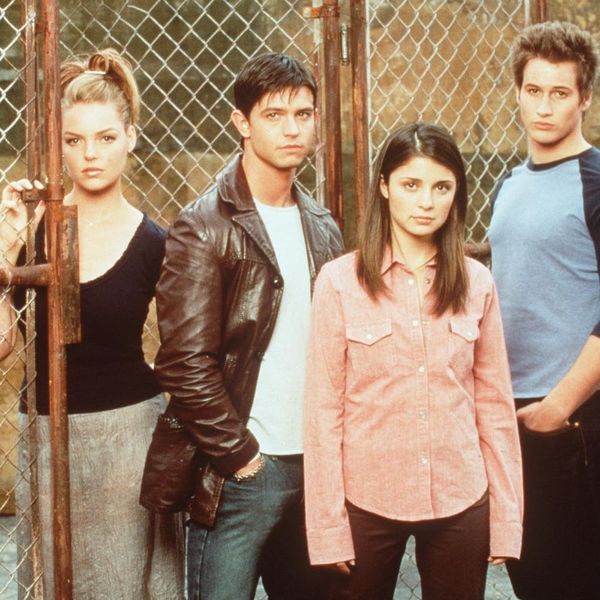 There’s no denying that the television industry is all about reboots these days, which has given us brand-new stories for old favorites including Gilmore Girls, Will & Grace, and Dynasty, not to mention rumors about possible revivals of Charmed, Family Matters, and even Sister, Sister. Now it’s time to head back to New Mexico as The CW revisits Roswell.

The show — which starred Katherine Heigl, Shiri Appleby, Jason Behr, and Brendan Fehr — focused on the lives of three teenaged alien/human hybrids who landed on Earth as children. As they attempted to navigate normal lives, their extraordinary powers and otherworldly pasts began to catch up with them.

The original ran for just three seasons, but it had a loyal (if small) following of fans — who will surely be psyched to find out that, according to Variety, The CW is working on a reboot that would follow the daughter of undocumented immigrants who reluctantly returns to her hometown of Roswell. Once there, she finds out that her former crush, who’s now a police officer, happens to be an alien.

Per Variety, as they attempt to track down his origins, an attack and government cover-up prove that there is more of an alien presence on Earth than they could have ever imagined. And as their romance deepens, so do the threats around them.

Like the original series, the reboot would be based on the Roswell High book series by Melinda Metz. And from Variety’s description, it sounds like it would have all the same elements of romance, drama, supernatural mysteries, and conspiracy theories too.

Are you excited to hear about a Roswell reboot? Did you watch the original show? Let us know @BritandCo!