22 Books to Read Before They Become Movies 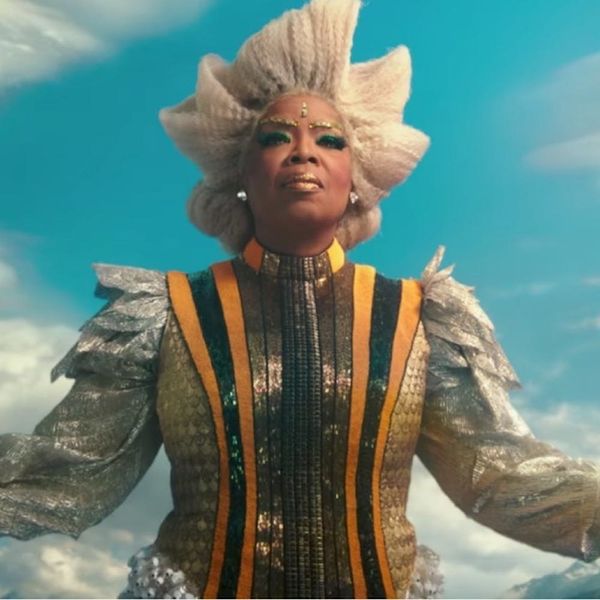 From Harry Potter to Hidden Figures, we’re totally the type of people who love proclaiming that the book was waaay better than the movie. That’s why we’re getting set to read our way through 2017’s (and early 2018’s) most highly anticipated films *before* we make our way to the theater — including the tale that inspired the modern Beauty and the Beast, some classics from our childhood like A Wrinkle in Time, and more than one creeptastic Stephen King thriller. Let’s get reading, ladies!

<em>The Beauty and the Beast</em>

Okay, technically, the live-action revamp of this classic fairy tale had already dominated the box office, and it’s already among our favorite movies of the year. But that doesn’t mean we aren’t going back for a repeat viewing. If you can’t get enough of the tale as old as time, the award-winning design studio MinaLima (who was behind the graphics for the Harry Potter franchise) reimagined the original French story with a beautiful unabridged version that’s sure to tickle Disney and HP fans alike.

Diane Ackerman ($16): After the Warsaw Zoo was bombed, Polish zookeepers Jan and Antonia Zabinski saved over 300 people from the Nazis by hiding them in empty animal cages… and, yes, it’s based on a true story. You’re definitely going to want to read this crazy tale before you see the film starring Jessica Chastain.

In this cool narrative non-fiction, journalist David Grann tries to unravel the mystery behind Percy Fawcett’s Amazon adventure as he looked for a fabled civilization which he called the lost city of Z. The film adaptation stars Robert Pattison, Charlie Hunnam, Sienna Miller, and Tom Holland.

This terrifyingly accurate fictional novel about a lady who gets a job at a tech giant that’s set on merging all of our online lives into a single online identity rivals even 1984. It puts questions of privacy and humanity to the forefront of our consciousness, and we can’t wait to see the film starring Emma Watson and Tom Hanks.

Set during the course of a single dinner, this thrilling tale about how far parents will go to protect their children will make fans of Gone Girl swoon. Starring Richard Gere, Laura Linney, and Steve Coogan, it’s definitely a must-read before you hit the theater.

One of the bestselling books of 2015, Nicola Yoon’s epic tale about a girl who’s allergic to the world definitely deserves to be binge-read. The film version stars Amandla Stenberg (AKA Rue from The Hunger Games) and Nick Robinson, so get your hands on a copy ASAP.

This 1951 story is getting a cinematic revival with a film starring Rachel Weisz and Sam Claflin. It’s a suspenseful and powerful abridged story about mysterious romances, estate battles, and the wiles of Cornwall.

<em>The Dark Tower I: The Gunslinger</em>

Roland of Gilead (AKA the last gunslinger) is a figure that only Stephen King himself could create. Before you go see the film starring Matthew McConaughey and Idris Elba, make sure to pick up a copy of this spellbinding journey as Roland tracks The Man in Black.

If you thought the world had had enough of terrifying clowns, think again. Although this popular Stephen King novel has already been transformed into a movie once, they are revamping it again and reliving the little town of Derry, Maine and the infamous Pennywise the clown.

If you’re looking for a sweet love story that’ll restore your faith in humanity, this just might be it. After two strangers crash their charter plane into the High Uintas Wilderness, they have little hope for survival. Yep, this telling story of love and healing (that’s soon to be a major motion picture starring Kate Winslet and Idris Elba) will melt your damn heart.

In this installment of Jo Nesbø’s New York Times bestselling series, inspector Harry Hole tracks a Norwegian serial killer who has taken 11 women over the past decade on the first snowfall. Now the riveting thriller is being turned into a can’t-miss movie just in time for Halloween, starring Michael Fassbender, Rebecca Ferguson, Charlotte Gainsbourg, Val Kilmer, and JK Simmons.

In this award-winning non-fiction, David Finkel explores the complicated way in which American soldiers adjust to home life after returning from Iraq. With PTSD at the helm of the story, Finkel also explores how wives, widows, children, friends, and professionals understand their changing world once active duty ends. The upcoming film adaption starring Miles Teller, Haley Bennett, Beulah Koale, Amy Schumer, and Scott Haze is already abuzz among critics and definitely on our watch list this fall.

Marvel fans have been painstakingly waiting for Thor: Ragnarok to hit theaters ever since Captain America: Civil War came out last summer. But if you want to treat yourselves to a few spoilers before the release date, we highly suggest picking up the back issues listed to read all about how Thor and Hulk must battle it out in a duel to save Asgard from Hela, goddess of death (played by the incredible Cate Blanchett).

While this is definitely not the first film adaptation of Christie’s beloved classic, we have high hopes for this brand-new take on the well-loved mystery that includes a star-studded cast with Penelope Cruz, Willem Dafoe, Judi Dench, Johnny Depp, and Josh Gad all earning a role. Hop on board the Orient Express and find out who really killed millionaire Samuel Edward Ratchett.

After Wonder Woman slayed the box office and reclaimed her title as the most badass female superhero ever, we have no doubt that her next appearance in Justice League is sure to be just as good. In this upcoming movie, Batman and Wonder Woman assemble a team of gifted individuals including the Flash, Aquaman, and Cyborg to fight one of the greatest threats to humanity to date. Read the comic that inspired this superhero team first before heading to theaters this November for spoilers and rich backstories aplenty.

Although this is actually a children’s book, it’s definitely the type of story you’ll want to read over and over again. It’s all about a young boy named August Pullman who was born with a facial difference that makes him stand apart from the rest of his class. Tackling the tough subject of bullying with a surprisingly hopeful angle, this flick starring Julia Roberts, Owen Wilson, and Jacob Tremblay will hit theaters and your tear ducts later this year.

This upcoming LGBTQ+ coming-of-age drama starring Timothée Chalamet, Armie Hammer, and Michael Stuhlbarg is based on the award-winning novel of the same name. In this powerful romance, a young boy falls in love with a summer guest at his parents’ mansion on the Italian Riviera. It premiered at Sundance this January, but is being released in theaters this November across the world.

by Jeff Vandermeer ($14): Area X has been abandoned for centuries. But while it may look like an Eden-like paradise, it is proving to be the exact opposite. After 11 failed expedition attempts, a new team of four women set to map the terrain of Area X without suffering any of the tragedies of teams past. In this upcoming science-fiction thriller starring Natalie Portman, Gina Rodriguez, and Oscar Isaac, it’s best to expect the unexpected.

There’s never a bad time to rediscover Madeleine L’Engle’s amazing literary masterpiece about a once-in-a-lifetime adventure through time and space. Now, more than five decades after its debut, badass director Ava DuVernay is taking on the project with an all-star cast including Oprah Winfrey, Reese Witherspoon, Mindy Kaling, Storm Reid, Zach Galifianakis, and Chris Pine as the tesseract returns once again.

To escape his dismal surroundings, Wade Watts does what every other person in 2044 does — he plugs into the digital utopia of OASIS and becomes his ideal virtual self. After years of searching for the creator’s hidden series of puzzles that will yield both fortune and power to whoever can unlock them, he finally stumbles across the first puzzle. Before you go see this science-fiction adventure directed by Steven Spielberg in theaters, pick up a copy of Cline’s original novel and experience the adventure in paperback.
Ashley Macey
Ashley Macey is a lifestyle freelance writer who loves all things fitness, wellness, and creativity. When she's not exploring her home in the Pacific Northwest with her dog Max, you'll probably find her curled up with a good book and some hot tea. Follow her daily jaunts on Twitter.
Books
Creativity
Books Movies
More From Creativity