15 Highly Anticipated Novels We Can't Wait to Read in 2021 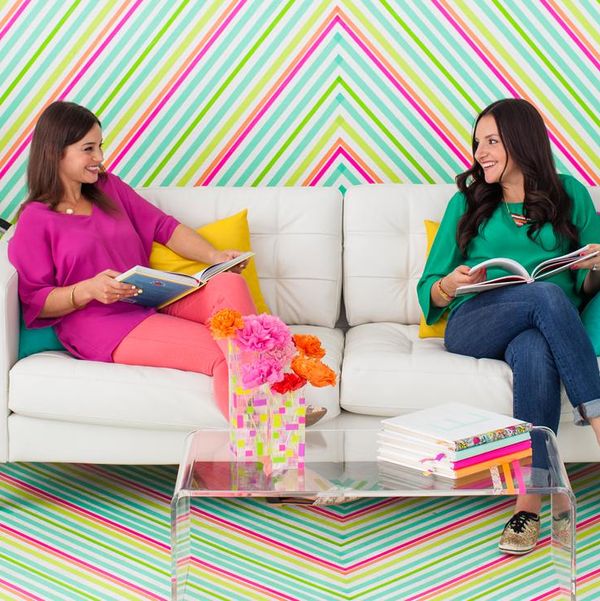 It's hard to believe 2020 is finally coming to a close, but thankfully IT IS. In a year filled with so many unpredictable/unprecedented moments, we head into 2021 hopeful. One thing we're excited for in the new year is the release of so many amazing new books! To kick off your 2021 reading list, here are 15 books to suggest at your virtual book club.

Girls with Bright Futures by Tracy Dobmeier and Wendy Katzman

College admissions season means cut-throat competition at Seattle's Elliot Bay Academy. For three mothers, things quickly spiral out of control as they battle to get their daughters admitted to Stanford. When one of the daughters suffers a near fatal accident each mother will have to decide what lines are worth crossing while also keeping their secrets buried.

Finlay Donovan Is Killing It by Elle Cosimano

A struggling single mother of two and aspiring novelist, Finlay Donovan is far from "killing it." However, the phrase soon turns literal when she's involved in a murder scheme after being overheard discussing her fictional murder novel in public. Finlay soon realizes that if her life was messy before, it just got a whole lot messier as she struggles to untangle herself from a real-life murder investigation.

Grace Porter heads to Vegas for a girls' trip to celebrate her PhD in astronomy. She is not the kind of person who does spontaneous things and certainly not the type of person who drunkenly marries a woman whose name she doesn't know — but then she does. She decides to spend the summer in New York with her new wife and away from her very traditional family and ex-military father. When reality finally hits, she must face her fears and start to heal the family scars that have been holding her back.

There's No Such Thing as an Easy Job by Kikuko Tsumura

There's No Such Thing as an Easy Job follows a 36-year-old woman who has just moved back in with her parents. She has suffered from burnout and abandoned her career. She asks a recruiter to find her an easy job — one that requires no reading, no writing, and ideally, very little thinking. As she moves from job to job, she finds that she really isn't looking for something easy, just something meaningful, but the daily grind always comes with a price.

Reena's family has always meddled in her love life and despite all their failed attempts this new suitor may be the perfect pairing. Nadim appears to be the perfect man, gorgeous lopsided smile and all. However, he works for her father and she refuses to marry anyone he works with. That is, until she decides she wants to enter a couples' cooking competition with the grand prize of her bread-baking dreams. She will do all she can to win, including asking Nadim to pretend they are engaged, but can they bake their bread and eat it too?

Of Women and Salt by Gabriela Garcia

Layers upon layers of distrust and displacement lead Jeanette, the daughter of Cuban immigrant Carmen, to struggle with addiction and take in the daughter of a neighbor detained by ICE. To learn more about her fractured family, Jeanette travels to Cuba to visit her grandmother and is met with the secrets of betrayal that shaped her family history.

The Ladies of the Secret Circus by Constance Sayers

In Paris, 1925, the Secret Circus is a world of wonders and magic for Cecilie Cabot, until she embarks on a risky and passionate love-affair. In Virginia in 2004, Lara Barnes's fiancé disappears on their wedding day. Seeking answers, she reads her great-grandmother's journals. Secrets about Lara's family are revealed, and she discovers a curse has claimed vengeance on the women of her family for decades. Could this curse be tied to her fiancé's disappearance?

Too Good to Be True by Carola Lovering

After suffering crippling OCD following her mother's death, Skye Starling has never found a happy relationship. That was until her boyfriend Burke Michaels proposes to her. Little did she know he is really covering up a dark past and secret marriage. Thirty years earlier, a seventeen-year-old girl named Heather is determined to end her relationship with Burke and start a better life for herself. As truths are revealed and the marriages collide Skye's world comes crumbling down.

Luck of the Titanic by Stacey Lee

Valora and Jamie Luck are twin British-Chinese acrobats traveling aboard the Titanic on its ill-fated maiden voyage. Valora wants to leave her life behind to become a circus performer in New York, but she is turned away at the ships entry because Chinese aren't allowed into America. To keep her dream alive, she boards as a stowaway. Her brother Jaime is already onboard and so is an influential circus owner she hopes to audition for. While trying to stay out of site she has just seven days for them to perform for the circus owner and convince him to get them both into America, but then the unthinkable happens.

The Marriage Pass by Briana Cole

Rich, successful playboy Dr. Dorian Graham can never have too many women in his life, even if he's married to his faithful wife Shantae. On their one-year wedding anniversary, Shantae shakes things up and offers Dorian a one-night of no consequences and no questions asked. Dorian happily obliges because Shantae's wild-card younger sister was the one who got away, but the more he takes, the more Shantae's sister demands, and soon he doesn't know if he can win these mind games.

Waiting for the Night Song by Julie Carrick Dalton

Cadie Kessler has spent years of her life, knowing her long-held secret would one day surface. When she receives an urgent call from her estranged best friend Daniela Garcia, Cadie travels back to her childhood home to face the secret that ended their bond. They must determine what they're willing to sacrifice in order to save what they love.

The Prophets by Robert Jones, Jr.

Isaiah and Samuel are devoted to each other, with nothing standing in the way of their simple love. That is until an older man and fellow slave seeks favoritism from the plantation owner and causes the slaves to turn on each other. Isaiah and Samuel's love is seen as forbidden and a threat to the plantation's harmony. Tensions build and the weight of centuries — of ancestors and future generations to come — comes together in a climactic reckoning.

One Got Away by SA Lelchuck

Nikki Griffin is a private investigator when she isn't running her small bookstore. She is also determined to hold men who hurt women accountable for their actions. When a wealthy San Francisco matriarch is defrauded, she goes on a search for the conman responsible. But when the case overlaps with her attempt to protect another woman, she realizes the whole truth has not been shared and must make grave decisions on who to save and how to save herself.

Dhananjaya Rajaratnam is an illegal immigrant in Australia trying to make a normal life for himself by changing his name to Danny, working as a cleaner, having a vegan girlfriend, hiding his accent, and adding highlights to his hair. When one of his clients is murdered, and Danny has the knowledge to solve the case, he isn't sure if he should risk coming forward and being deported, or to hide all that he knows. Throughout the day, he wrestles his conscience to decide if a person without rights still has moral responsibility.

The Business of Lovers by Eric Jerome Dikey

Dwayne and Brick are eager to get their lives back on track, but they aren't particularly interested in getting tangled up in any new relationships. Dwayne, a former child star, needs work to pay the child support. But, as he reconnects with his teenage son, he must resist his attraction to his ex. Brick begins working as a chauffeur and bodyguard to three independent women temporarily working as escorts to get back on their feet. However, they know plenty of women who would pay to spend a couple hours with Brick. If he can embrace this unconventional new family, he may find love.