11 International Breakfasts That Go Way Beyond Bacon and Eggs 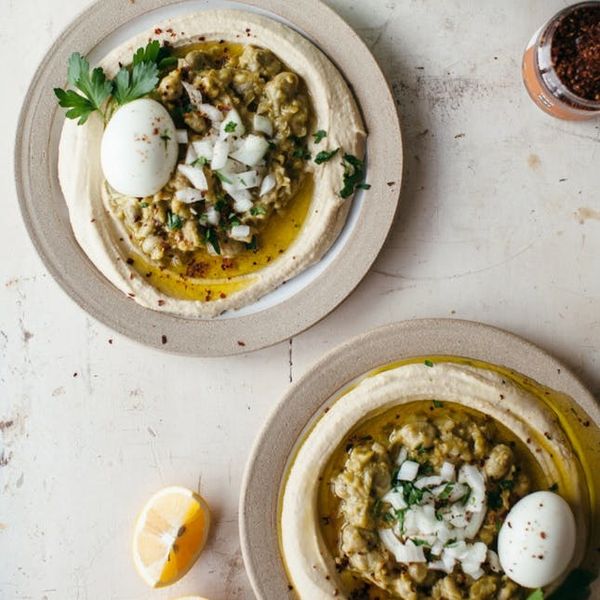 No, breakfast isn't just bacon and eggs. Around the world, cultures have developed balanced and delicious breakfasts for you to enjoy any day of the week to ensure that you get your morning off to a good start. Here are 11 of them, ranging from simple weekday ideas to more complex weekend treats.
Kasha: Although most of us know what kasha is now, this morning porridge has been powering the Russian population for generations. Made from oats, millet, buckwheat, or semolina, this warm porridge is cooked in milk to give it extra creaminess before it's topped with an array of butter, spices, dried fruits, or jam to keep things interesting. (via Jenny Mustard)
Gallo Pinto: Black beans are mixed with rice and often served with an egg in this dish. If you’re one of those mid-morning breakfast eaters, this hearty fare is a superb choice to give you a recharge. Of course, it's also delicious right after you shuffle out of bed and into the kitchen. (via Joy the Baker)
Nasi Lemak: In Malaysia, coconut milk rice is served for breakfast alongside garnishes like anchovies, beef rendang, cucumbers, roasted peanuts, hard boiled egg, and spicy sambal sauce. Traditionally, it’s wrapped in a banana leaf, but don’t worry about the decoration. Even without it, this energy-packed breakfast is sure to make you smack your lips with both its taste and presentation. (via The Peach Kitchen)
Chilaquiles: In Mexico, no tortilla should be wasted. In an effort to use them all, creative home chefs began tearing up the stale ones and adding them to a tomato sauce with some meat, onions, and spices before the baked dish is topped with cilantro, queso fresco, and eggs. This dish has found a new home in the southwestern United States where it's commonly made with leftover corn tortilla chips and served for breakfast too. (via The Bojon Gourmet)
Croissant et Chocolat Chaud: Breakfast is notably built around bread in France. On the weekends, things are taken up a notch and pastries are introduced into the mix. One of the most classic, the croissant, is very often (and perhaps most deliciously) enjoyed when it's dipped in a steaming mug of hot chocolate to soften the crust and infuse it with a rich chocolatey flavor in every bite. (via Cooking the Globe)
Congee: This Chinese rice porridge can range from a gruel-like consistency to a think, warm bowl of broth-infused rice. It's typically served savory with soy sauce and diced scallion. A poached egg on top provides a kick of protein to give this breakfast some staying power. (via One Lovely Life)
Shakshouka: The centerpiece of any good Israeli breakfast is shakshouka, or eggs that are baked in a tomato sauce. (via The Awesome Green)
Smörgås: Open-faced sandwiches are routinely eaten for breakfast in Sweden, and these breakfast sandwiches are as plain as can be. Generally, it's no more than bread or grainy crackers topped with butter, cheese, cold cuts, or simply a vegetable. One of the most interesting toppings is something called caviar, which is a salty, spreadable fish roe paste that comes in tubes. (via Cooking the Globe)
Ful Medames: This very simple dish is thought to date back to the pharaohs. Made primarily from fava beans, these wonderful packs of protein are stewed overnight and then spiced with cumin, chopped parsley, garlic, onion, lemon juice, and chili pepper for a meal that will wake up your taste buds and your energy levels all at the same time. (via My Name is Yeh)
Cuscuz: Couscous, a traditionally North African dish, was brought to Brazil by Portuguese colonizers where it was adapted to a cornmeal version. Today it's often made with coconut milk for sweetness and served at the breakfast table just like you would a cereal. (via Cooking the Globe)
Fry Jacks: If you’ve ever been to Belize you know that fry jacks are an indispensable part of breakfast. Made in a similar fashion to a donut, these fried pillows of deliciousness are often served as an accompaniment to a savory breakfast. Although, who’s to say you can’t eat them as you would a waffle? (via Fat Bloke Cooks)

What other breakfasts from around the world have you tried and loved? Show them to us @BritandCo!