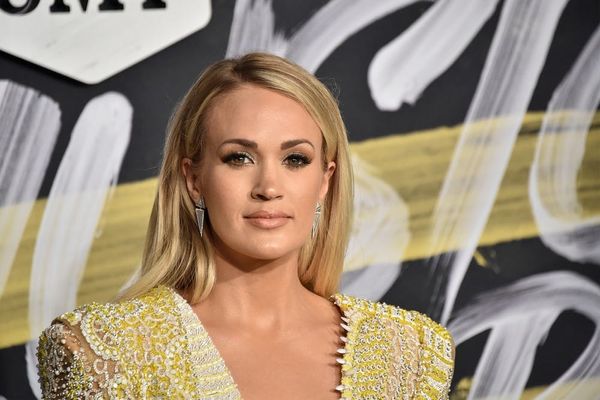 Back in April, at the 2018 ACM Awards, host Reba McEntire jokingly called out the lack of female nominees in the Entertainer of the Year category, quipping that it looked “like singles night at the Holiday Inn.” The punchline got a few laughs, but as she and other female artists have pointed out on separate occasions, there’s nothing especially funny about the reason for the joke — that is, sexism in the music industry. Carrie Underwood is the latest star to address the problem, saying in an interview that country music needs to give women more opportunities.

“Even when I was growing up, I wished there was more women on the radio, and I had a lot more than there are today,” the singer said in a sit-down with Elaina Smith for the podcast Women Want To Hear Women.

“You think about all of the little girls that are sitting at home saying, ‘I want to be a country music singer.’ What do you tell them? What do you do? How do you look at them and say, ‘Well, just work hard, sweetie, and you can do it,’ when that’s not the case right now? … These strong women who are super talented that totally deserve it [are] not getting the same opportunities [as men].”

And the problem extends beyond country music. Like the ACMs, the Grammys faced criticism earlier this year when Alessia Cara was the only solo female artist to earn an award during the music industry event’s big telecast. In total, only 11 of the 84 awards (most which were presented during the pre-telecast ceremony) went to women.

Recording Academy president Neil Portnow added to the problem when, amid the #GrammysSoMale backlash, he responded to the lack of female winners by saying that women need to “step up.”

“It has to begin with…women who have the creativity in their hearts and souls, who want to be musicians, who want to be engineers, producers, and want to be part of the industry on the executive level,” he told Variety. “[They need] to step up because I think they would be welcome. I don’t have personal experience of those kinds of brick walls that you face but I think it’s upon us — us as an industry — to make the welcome mat very obvious, breeding opportunities for all people who want to be creative and paying it forward and creating that next generation of artists.”

Not surprisingly, people took issue with Portnow’s comments. “Women in music don’t need to ‘step up’ – women have been stepping since the beginning of time,” Pink tweeted at the time. “Stepping up, and also stepping aside. Women OWNED music this year. They’ve been KILLING IT. And every year before this. When we celebrate and honor the talent and accomplishments of women, and how much women STEP UP every year, against all odds, we show the next generation of women and girls and boys and men what it means to be equal, and what it looks like to be fair.”

Katy Perry echoed Pink’s statement, writing, “We ALL have a responsibility to call out the absurd lack of equality everywhere we see it. I’m proud of ALL the women making incredible art in the face of continual resistance.”

Do you agree that country music has a woman problem? Let us know @BritandCo!

(photo via Mike Coppola/Getty for CMT)