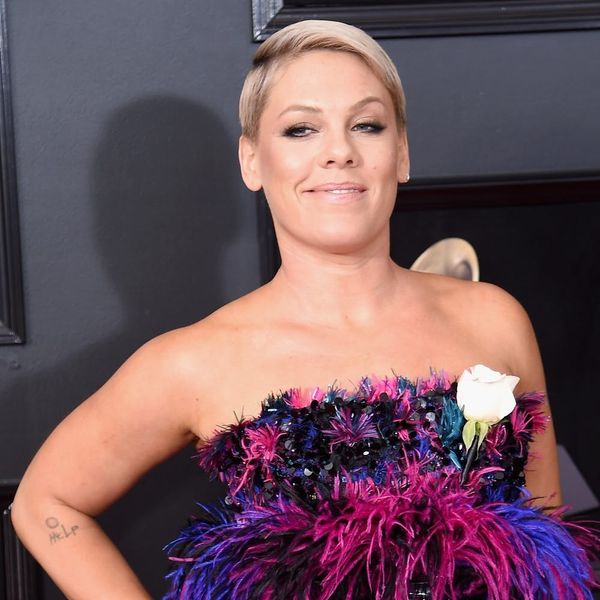 The male-dominated 2018 Grammy Awards added insult to injury when, after the show, Recording Academy president Neil Portnow said that female artists needed to “step up” if they wanted equal representation. Naturally, female artists were not here for his comments, and are firing back in response, even as he attempts to clarify his comments.

When Portnow was originally asked about the low number of women who won statues on Sunday night, he put the onus on them. “It has to begin with… women who have the creativity in their hearts and souls, who want to be musicians, who want to be engineers, producers, and want to be part of the industry on the executive level,” he said. “[They need] to step up because I think they would be welcome.”

“Boys” singer Charli XCX was the first to call out his comments, expressing her anger in a fiery tweet. “Ugh bout 2 step up on 2 ur face,” she wrote in response. “Women are making AMAZING music right now wtf is this dude talking about????”

ugh bout 2 step up on 2 ur face.. women are making AMAZING music right now wtf is this dude talking about ????? https://t.co/EkijTA33QW

Pink, who often praises the power of women, also had some choice words. “Women in music don’t need to ‘step up’ – women have been stepping since the beginning of time,” she said in a handwritten note posted to Twitter. “Stepping up, and also stepping aside. Women OWNED music this year. They’ve been KILLING IT. And every year before this.”

Pink attended the Grammys on Sunday both as a nominee and as a performer. Her stripped-down, emotional performance of “Wild Hearts Can’t Be Broken” was one of the highlights of the night, not only because of the singer’s tremendous vocals, but also for its defiant lyrics that now feel more meaningful than ever.

The singer continued her message to the Recording Academy: “When we celebrate and honor the talent and accomplishments of women, and how much women STEP UP every year, against all odds, we show the next generation of women and girls and boys and men what it means to be equal, and what it looks like to be fair.”

Katy Perry backed Pink up while praising her leadership in the industry. “Another powerful woman, leading by example,” she said as she quote-tweeted the “What About Us” singer. “We ALL have a responsibility to call out the absurd lack of equality everywhere we see it. I’m proud of ALL the women making incredible art in the face of continual resistance.” She ended her comment with a suggestion that the two pair up for a new VH1 Divas Live, and reader, we are 100 percent here for that.

👏🏻👏🏻👏🏻 Another powerful woman, leading by example. We ALL have a responsibility to call out the absurd lack of equality everywhere we see it. I'm proud of ALL the women making incredible art in the face of continual resistance. ✊🏻
P.s VH1 Divas Live. https://t.co/RDmB7zRfId

Portnow has now attempted to clarify his comments, providing a statement to Variety (to whom he gave the original post-Grammys interview). It reads:

“Sunday night, I was asked a question about the lack of female artist representation in certain categories of this year’s Grammy Awards. Regrettably, I used two words, ‘step up,’ that, when taken out of context, do not convey my beliefs and the point I was trying to make.”

He continued: “Our industry must recognize that women who dream of careers in music face barriers that men have never faced. We must actively work to eliminate these barriers and encourage women to live their dreams and express their passion and creativity through music. We must welcome, mentor, and empower them. Our community will be richer for it.”

Portnow concluded his statement by saying he is committed to continuing to work toward equality in the music industry. “I regret that I wasn’t as articulate as I should have been in conveying this thought. I remain committed to doing everything I can to make our music community a better, safer, and more representative place for everyone.”

What did you think of Portnow’s explanation? Let us know @BritandCo.