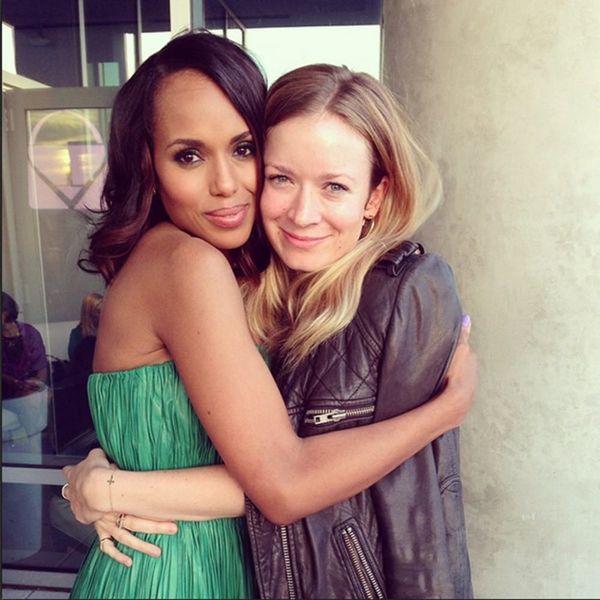 We are addicted to all things technology, DIY, homemaking and… FASHION. Whether we’re searching Tumblr for inspiration, scouring magazine pages or simply checking out a popular page on Instagram, we’re never taking a break from style. Our latest obsession? These 10 celebrity stylist Insta accounts giving us backstage access to our favorite celebs before they hit the red carpet.

1. @sophielopez: Sophie Lopez is a celebrity stylist who got her start at British GQ. She eventually moved to the US, where her fashion career took off. Sophie’s fresh approach to styling and her ability to promote individualism keeps her clients, like Kate Hudson, Jessie J and Jason Derulo, begging for more. (Photo via @sophielopez)

2. @pennylovellstylist: Penny Lovell fell in love with fashion at an early age. After a PR job with Burberry and an assistant job at British Elle, Lovell began a career as a freelance stylist. Lovell’s Instagram gives followers a peek at her styling talents as she dresses clients like Keira Knightley, Ginnifer Goodwin and Anne Hathaway. (Photo via @pennylovellstylist)

3. @kystyle: Just like a certain fiction book we know (ahem, Devil Wears Prada), Kate Young got her start in fashion by working as an assistant to Vogue editor Anna Wintour. While at Vogue, she found herself styling the clothes more than writing about them. She eventually struck out on her own, and now Natalie Portman, Michelle Williams, Rachel Weisz and Maggie Gyllenhaal turn to her for fashion advice. (Photo via @kystyle)

5. @irmamartinez: Irma Martinez is considered the most internationally renowned and respected Latina celebrity stylist. With over 20 years of experience, she has styled celebrities like Sofia Vergara, Shakira, Pitbull and Eva Longoria. Her Instagram account lets you into her VIP world and shows what it takes to dress some of the biggest and brightest stars. (Photo via @irmamartinez)

6. @erinwalshnyc: Ever wondered who styles Sarah Jessica Parker or Kerry Washington for those stunning red carpet appearances? Look no further than Erin Walsh. Walsh is a self-proclaimed fashion addict who can bring her clients’ fashion visions to life. (Photo via @erinwalshnyc)

7. @tytryone: If you are a card-holding member of the BeyHive, then you know Ty Hunter is Beyoncé’s stylist. Hunter began his career working at a trendy Houston boutique where Beyonce’s mom often shopped to dress the ladies of Destiny’s Child. Tina Knowles recognized Hunter’s talent, brought him on board as a stylist and the rest is history. (Photo via @tytryone)

8. @rachelzoe: When it comes to celeb stylists, Rachel Zoe is probably the first name that comes to mind. She’s not only an expert in the field, but she has built a brand name that encompasses her reality show, editorial site, clothing line and a new subscription service, “Box of Style.” Her Instagram is full of the OMG fashion and mommy moments we have all come to love. (Photo via @rachelzoe)

9. @josephcassell1: Joseph Cassell began his career in Nashville as a music director and producer. While working in the recording industry, he began styling his artists for photo/video shoots, soon attracting a high-profile clientele. His primary client is Taylor Swift, and as bonafide Swifties, that’s really all we need to know. (Photo via @josephcassell1)

10. @nicolechavezstyle: Nicole Chavez began her career on the set of The O.C., where she met her first client, Rachel Bilson. As Bilson’s career grew, so did Chavez’s styling career. Chavez now styles Jessica Simpson, Scarlett Johansson, Catherine Zeta-Jones and Courtney Cox, just to name a few. (Photo via @nicolechavezstyle)

Do you have a favorite celebrity stylist who you follow on Instagram? Let us know in the comments below!

Tomikka Anderson
Tomikka is a PR and marketing consultant who currently lives in the Bay Area. A lover of fashion, soul music and the color pink. When she is not laughing hysterically with her girls, you can find her dancing like nobody’s watching or plotting her next adventure. Follow her on Instagram at mikkasstyle.
Celebrity Style
Style News
Celebrity Style Instagram Roundup
More From Style News