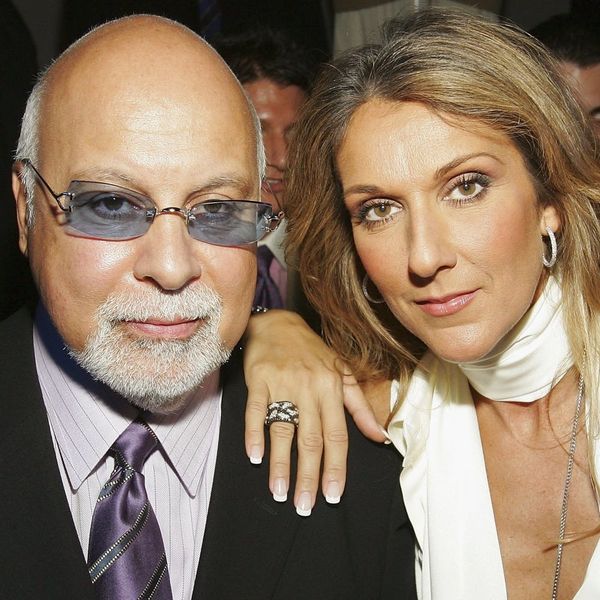 It was one year ago today that Celine Dion (who is basically the coolest) said goodbye to her longtime love, René Angélil, after nearly 30 years together as a couple. Though the two met when Celine was just 12 years old, they didn’t become romantically involved until she was 19, and in 1994, they wed.

The couple, who become parents later in life, were famously devoted to one another (we’re talking The Notebook ish, people — Celine says he had wished to die in her arms), so it was especially tragic when René became one of 2016’s first celebrity casualties, passing away of cancer.

Celine returned to the stage one month later with a touching tribute to her man, and today, on the anniversary of his death, she and her team are taking to social media for the second time in the last month to do so once more.

“Today, January 14, it’s been a year since René left us,” the post captioned the tribute video that followed. “He will always be in our hearts. — Team Celine.”

In the video, clips of René in his early life can be seen, including some of the music mogul as a babe. The most touching moments, however, come when the former couple is seen together.

Shown walking down the aisle in 1994 and in other heartwarming snippets, like when Celine signs “I Love You” to her man from the stage and he answers right back with a kiss, the love between these two is practically palpable — as one fan wrote, “A love like that would make the sky jealous.”

Our hearts are breaking for her all over again — we can’t even imagine how hard these last few months must have been for her, what with the holidays and all. We take comfort in the words of Dr. Alan Wolfelt, however, who told us that “Love does not end with death.” Hear, hear.

Watch the tribute in its entirety here.

Have you lost a partner too soon? How did you cope? Share with us @BritandCo.