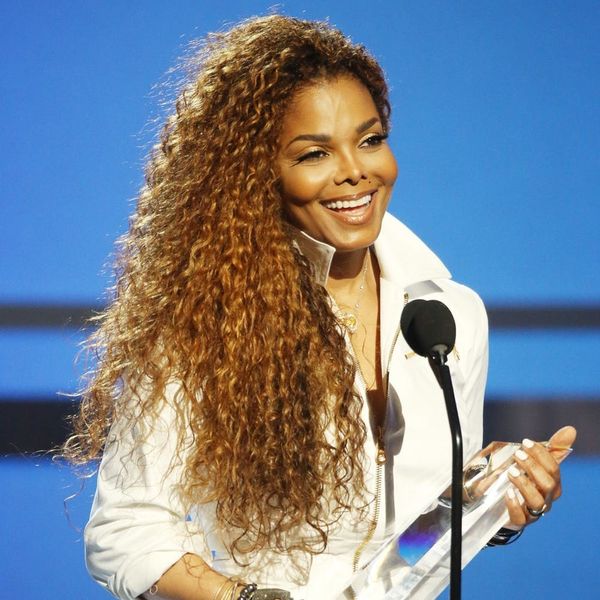 Despite the fact that the average age of first-time mothers is the highest it’s ever been (26.3, as of 2014) and celebrity men of a certain age seem to be having babies left and right (Mick Jagger is a dad again at 73 while Mel Gibson is soon to meet his ninth child at age 60), many were still shocked when Janet Jackson welcomed her first child, a bouncing baby boy named Eissa Al Mana, at the age of 50 earlier this month.

Studies show that women who wait to have children until later in life are offering these children a better quality of life, but health factors — such as fertility, gestational diabetes and premature delivery, to name a few — can also become an issue with time. While many squabble about the exact age that these things can begin to affect an expecting mother, those 35 or older are offered genetic counseling to plan for the unexpected. But is it really all that uncommon?

Not in Tinseltown! Below, find 18 Hollywood moms who bit the bullet and gave birth at age 40 or older, status quo be damned.

2. Gwen Stefani: Though 47-year-old Gwen is no longer with ex hubby Gavin Rossdale, the former couple did have one last child prior to their 2016 split, with Gwen giving birth to the now-two-year-old Apollo in her 44th year.

3. Mariah Carey: Leave it to diva Mariah Carey to one up everyone (sans fellow divas Celine and Geena) and have not one, but two babes at the same time over 40: She had twins at 42. (Photo via Amanda Edwards/Getty)

4. Julianne Moore: Julianne Moore is now well into her 50s, but in her early 40s, her family wasn’t quite complete without the addition of one daughter, Liv (now 14), when she was 42. Not that you’d ever know it — these two could easily be sisters! (Photo via James Devaney/Getty)

6. Uma Thurman: 46-year-old Uma gave birth to now four-year-old daughter Luna back in 2012, making her 42 when she welcomed her little girl into her family.

8. Susan Sarandon: Barring Eva Amurri (who is, incidentally, now expecting her second child), whom she had at 39, all of Susan’s children have been born post 40. Son Jack was born at 42 and Miles at 45: a miracle, of sorts, considering Susan had been told she would never be able to conceive at all. (Photo via Slyvain Gaboury/Getty)

9. Salma Hayek: Salma Hayek, believe it or not, is in her fifth decade on planet Earth (wut!), so it’s no surprise that she’d make 41 (the age at which she had her one and only daughter Valentina) look like the new 31 and do the damn thang: The woman’s aging like a fine wine! (Photo via Frazer Harrison/Getty)

10. Celine Dion: Prior to his passing at the age of 73, Celine’s late husband René Angélil gave his much younger — but still over 35, at 42 years old— wife twin boys with the help of IVF. (Photo via Ethan Miller/Getty)

11. Meryl Streep: Our feminist hero of the week, Meryl Streep (now 67 and still fierce AF, in case you missed her Golden Globes speech)’s daughter Louisa may be old enough to have a babe of her own now at 25, but when she was born in 1991, Meryl was closer to double her age at 42. (Photo via Monica Schipper/Getty)

13. Alyssa Milano: Alyssa was also 41 when she was blessed with her second babe, Elizabella Dylan, but says she likely won’t be conceiving again anytime soon, telling People, “Why push my luck?”

💙💙💙Welcome to the world Grey Douglas Stuber 1.10.17 Words do not express how grateful and happy we are to have another piece of magic added to our little tribe! #blessed 😇#tribeof5

14. Molly Sims: Despite giving advice that encourages others to plan for a family ahead of time (“Time doesn’t wait on you,” she says), 43-year-old Molly managed to hit the jackpot in the post-40 baby department not once, but twice: She had her second child, Scarlett, just last year (making her 42 at the time of birth), and son Grey Douglas Stuber just this past Wednesday.

15. Marion Cotillard: Marion Cotillard wasn’t afforded the luxury of a super sweet birth announcement, forced instead to give one when rumors began swirling of an on-set affair with then co-star Brad Pitt, but the expecting 41-year-old is glowing, nonetheless, with her ACTUAL baby daddy Guillaume Canet more than happy to defend her honor. (Photo via Tristan Fewings/Getty)

16. Alanis Morissette: Less than one month into her 42nd birthday, singer Alanis Morissette (who had some killer photoshoots during her pregnancy) expanded her family of three to four with the addition of daughter Onyx Solace Morissette-Treadway.

Had to post another pic from yesterday at the amazing @egpaf event! Such an amazing charity! And, I'm so #bumpproud

17. Tori Spelling: Tori Spelling is 43, but she isn’t showing any signs of slowing down — girl is on baby number five, even after a placenta previa scare (a condition where the placenta blocks the cervix) that took place during her pregnancy with her fourth child, Finn.

18. Geena Davis: Ever the Thelma to Susan Sarandon’s Louise, Geena also had all three kids post-40, with twins coming at age 48, two years after the birth of her daughter Alizeh at 46. (Photo via Carlo Allegri/Getty)

Did you have a baby over 40? Share you experience with us @BritandCo!

Nicole Briese
Nicole is the weekend editor for Brit + Co who loves bringing you all the latest buzz. When she's not busy typing away into the wee hours, you can usually find her canoodling with her fur babies, rooting around in a bookstore, or rocking out at a concert of some sort (Guns N' Roses forever!). Check out all her latest musings and past work at nicolebjean.com.
Celebrity Baby
Celebrity News
Celebrity Baby Pregnancy Womens Health
More From Celebrity News