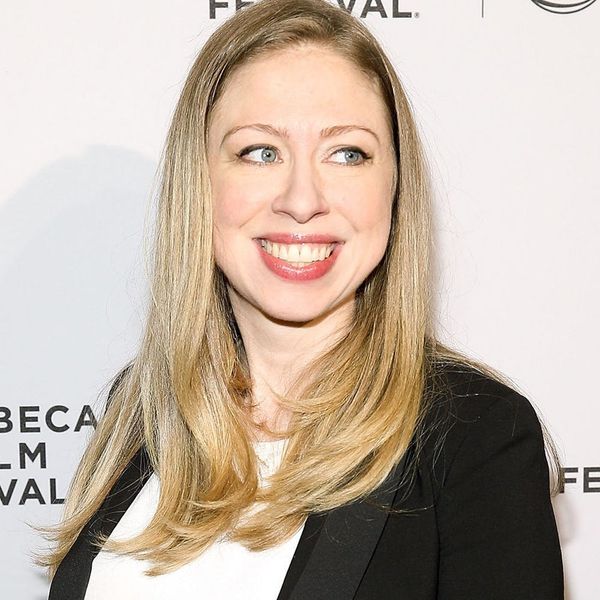 It’s safe to say that the Clinton household is a busy place to be at the moment. While most of the excitement is likely about Hillary’s run for presidency, it looks like the political family just received a whole new reason to celebrate: Chelsea Clinton just announced she’s pregnant with her second child.

The 35-year-old wife, author and vice chair of the Clinton Foundation announced the big news via Twitter this afternoon. Next to a photo of her one-year-old daughter Chelsea writes, “Next summer, Charlotte is going to be a big sister! Feeling very blessed & grateful this holiday season.”

Hillary responded to Chelsea’s tweet writing, “Your dad and I could not be happier for you, Marc and Charlotte. We’re so excited to meet our second grandchild!” Looks like that campaign bus just got a little bit more crowded. Congrats to the happy family!