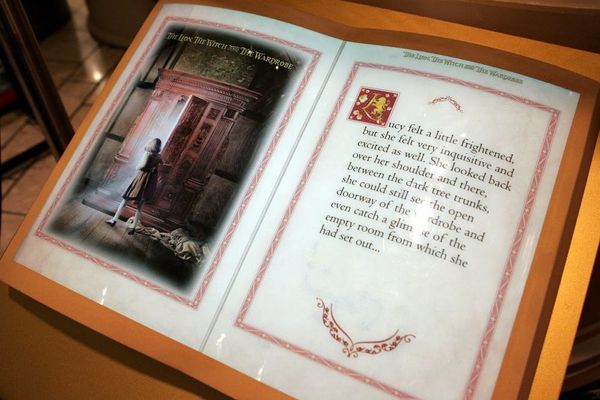 Get ready to return to the land of lions, witches, and wardrobes, because Netflix is developing a series of new projects based on the The Chronicles of Narnia stories by C.S. Lewis. According to the See What’s Next Netflix Twitter account, the streaming service plans to develop an unspecified number of “new series and film projects” around the beloved books.

“C.S. Lewis’ beloved Chronicles of Narnia stories have resonated with generations of readers around the world,” Netflix’s chief content officer Ted Sarandos said in a statement. “Families have fallen in love with characters like Aslan [The Great Lion] and the entire world of Narnia, and we’re thrilled to be their home for years to come.”

Netflix will have plenty to work with, as there are a total of seven books in the series. Originally published between 1950 and 1956, the novels tell the story of children who find themselves in the fictional realm of Narnia, a land filled with magic and mythical creatures. The book series includes The Lion, the Witch, and the Wardrobe, Prince Caspian, The Voyage of the Dawn Treader, The Silver Chair, The Horse and His Boy, The Magician’s Nephew, and The Last Battle.

The stories have also been a hit on screen as well. In the late ’80s, the BBC released an adaptation of the beloved children’s books, and between 2005 and 2010, three of the books were released as films starring Tilda Swinton and James McAvoy. This is the first time that the rights to all seven books have been held by the same company.

Are you excited to watch The Chronicles of Narnia on Netflix? Tell us @BritandCo!

Desiree O
Desirée O is a ‘Professional Bohemian’ who loves anything and everything related to the arts, entertainment, and pop culture. She ADORES being a ‘Newsy’ for Brit + Co, covering all of the latest tidbits of awesomeness that you want to read about. When she’s not writing, she’s either making messy art, going on long adventurous walks with her camera, or poking around over at bohemianizm (http://www.bohemianizm.com/). You can find out about Desirée O and her work at http://DesireeO.com/ or follow her on Twitter @DesireeO.
Movies
Pop Culture
Movies Netflix TV
More From Pop Culture